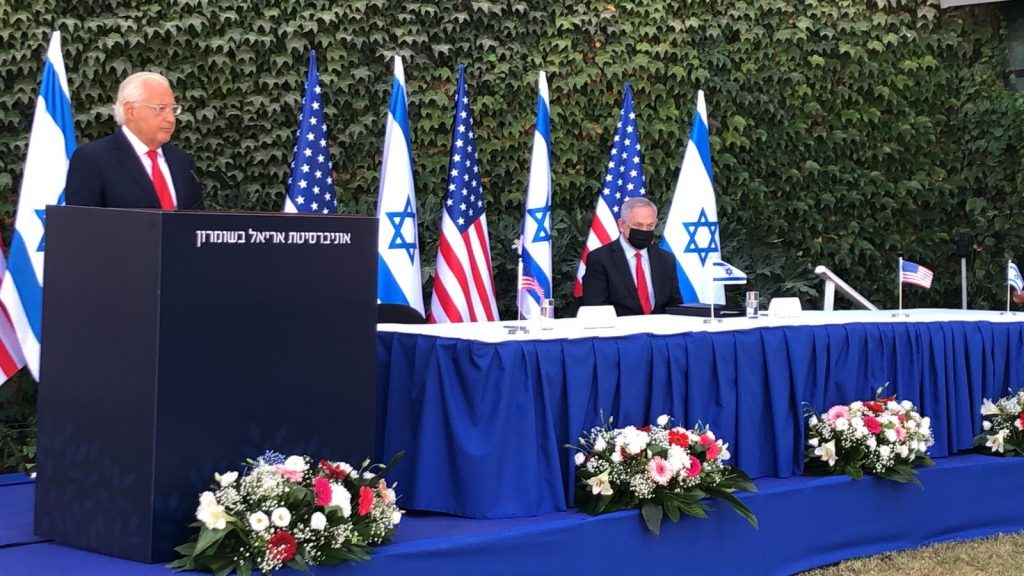 The United States and Israel amended a series of scientific cooperation agreements on Wednesday to include Israeli institutions in Yehudah and Shomron, a step that will pave the way for U.S. funding of Israeli projects regardless of their location.

Breaking with decades of American policy, the Trump administration recognized Yerushalayim as Israel’s capital and moved the U.S. Embassy there. It also recognized Israeli sovereignty in the Golan Heights. The administration also reversed the U.S. government’s longstanding position that settlements are a violation of international law.

In a statement, the U.S. Embassy in Israel said that “these geographic restrictions are no longer consistent with U.S. policy,” and that updating the agreements to remove them “further strengthens the special bilateral relationship” between the two countries.

“This geographic restriction within the three agreements was an anachronism, it had no place within our evolving region,” U.S. Ambassador to Israel David Friedman said at a ceremony at Ariel University.