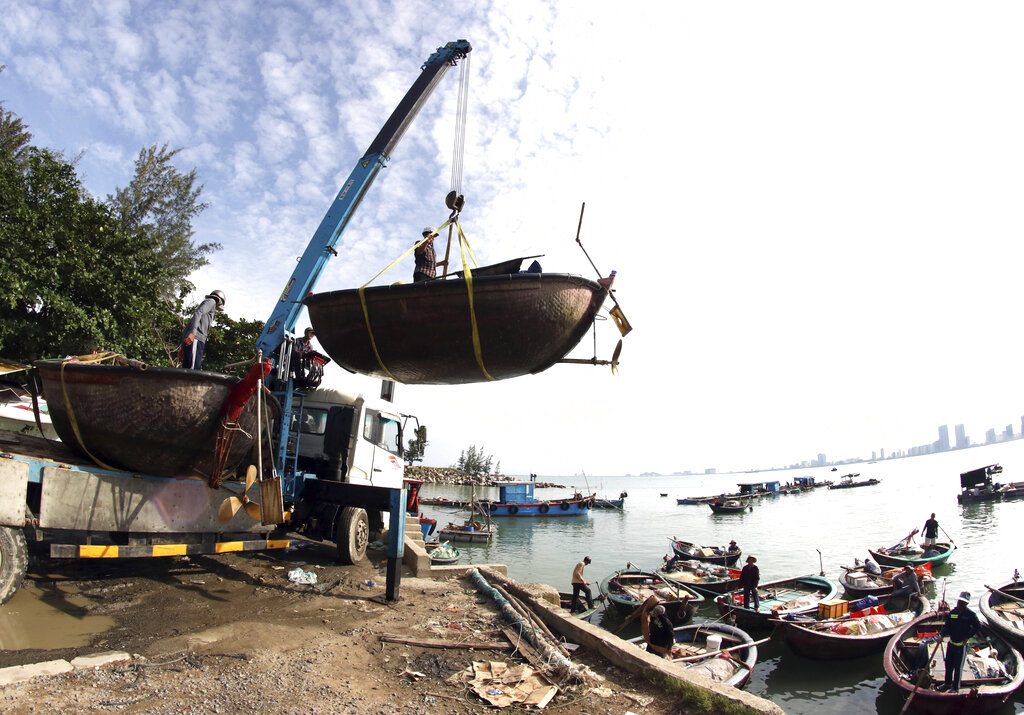 Vietnam scrambled Tuesday to evacuate more than a million people in its central lowlands as a strong typhoon approached, while some regions are still dealing with the aftermath of recent killer floods, state media said.

Typhoon Molave is forecast to slam into Vietnam’s south-central coast with sustained winds of up to 135 kilometers (84 miles) per hour on Wednesday morning, according to the official Vietnam News Agency. The typhoon left at least 3 people dead and 13 missing and displaced more than 120,000 villagers in the Philippines before blowing toward Vietnam.

“We must keep our guard up to protect the lives of the people. That is the utmost important task to get people to safe places,” Phuc was quoted as saying in an emergency meeting with officials in charge of disaster response.

Those living in vulnerable, low-lying areas will head to sturdier shelters inland. The number of people to be evacuated may shrink as the typhoon’s path becomes more certain.

Phuc expressed fears that Molave, the latest disturbance to threaten Vietnam this month, could be as deadly as Typhoon Damrey, which battered the country’s central region in 2017 and left more than 100 people dead.

The central provinces of Quang Binh, Quang Tri and Hue were hit hard by severe flooding and landslides that killed 136 people and left dozens missing early this month. Torrential rains are expected in the still-flooded and isolated region, Vietnam News said.

In the Philippines, most of the people who left their high-risk communities for shelters during the storm were starting to return home after the weather cleared. A small number of evacuees whose houses were destroyed or blown away will stay longer in evacuation centers until they find new shelters.