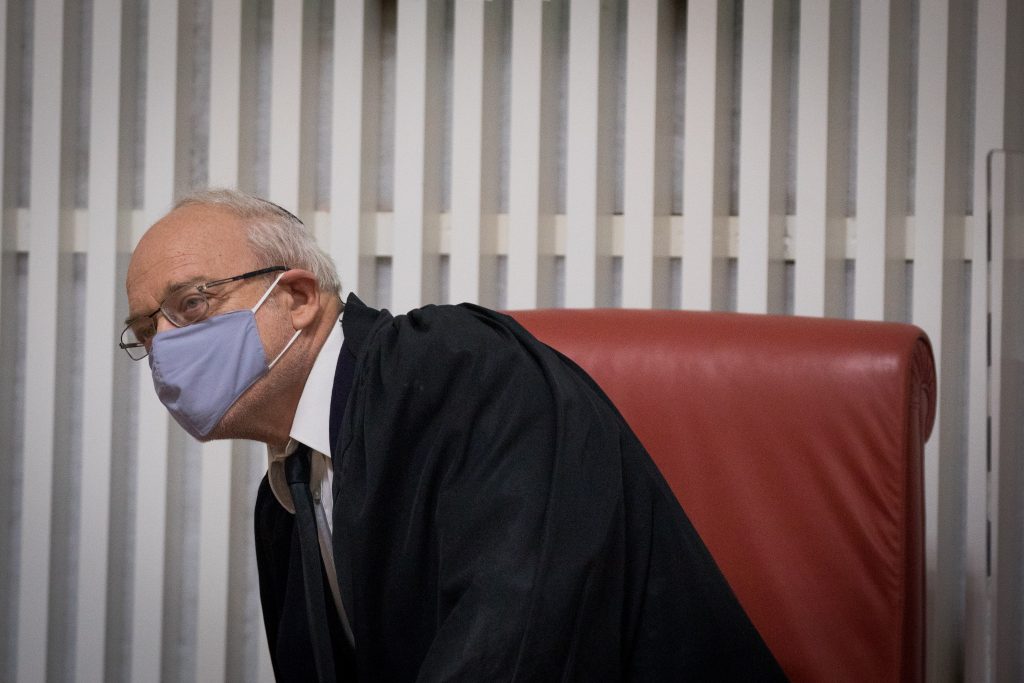 Petitioners seeking to have the post of alternate prime minister declared unconstitutional found a High Court panel unreceptive to their arguments during a hearing on Tuesday.

The position was created earlier this year as part of the coalition agreement for Defense Minister Benny Gantz, who will take over from Prime Minister Binyamin Netanyahu‏‏ early next year, providing the country doesn’t go to elections first.

Three petitions were filed: by the left-wing Meretz party, another by the Movement for Quality Government in Israel, and the third by private lawyer Avigdor Feldman.

Chief Justice Esther Hayut, her deputy Hanan Melcer and Justice Neal Hendel repeatedly corrected petitioners for using inadmissible political arguments rather than legal ones, according to The Times of Israel.

Eliad Shraga, the head of the MQG, argued during the hearing that the law creating the new office is a “constitutional mega-terror attack,” creates a “monarchic mafiocracy” and undermines all the progress made toward a constitution.

The judges also challenged them to explain why the change was less acceptable than, for example, a 1990s law that changed the election system to directly electing a prime minister rather than voting for parties that then select the premier. (That change was reversed in 2001.)

Feldman, argued that the new power-sharing mechanism should only affect the next Knesset, not the current one, since it involves changing the rules of the game in the middle. The judges responded that other changes such as increasing the maximum number of ministers have been made in the past after the election and before the government was formed.

Both Likud and Benny Gantz’s Blue and White partners have told the court that they view the alternate premiership as central to the coalition deal, and Likud said that if nullified the coalition would come apart.

However, Gantz said Tuesday that he would accept and respect any court ruling on the matter.

During the discussion, Hayut noted that the High Court had never nullified a Basic Law or an amendment to such a law, such as in this case, and said it was questionable whether the court was even authorized to do so.

The hearing was broadcast live online as part of a pilot program to make some Court discussions more accessible to the public.