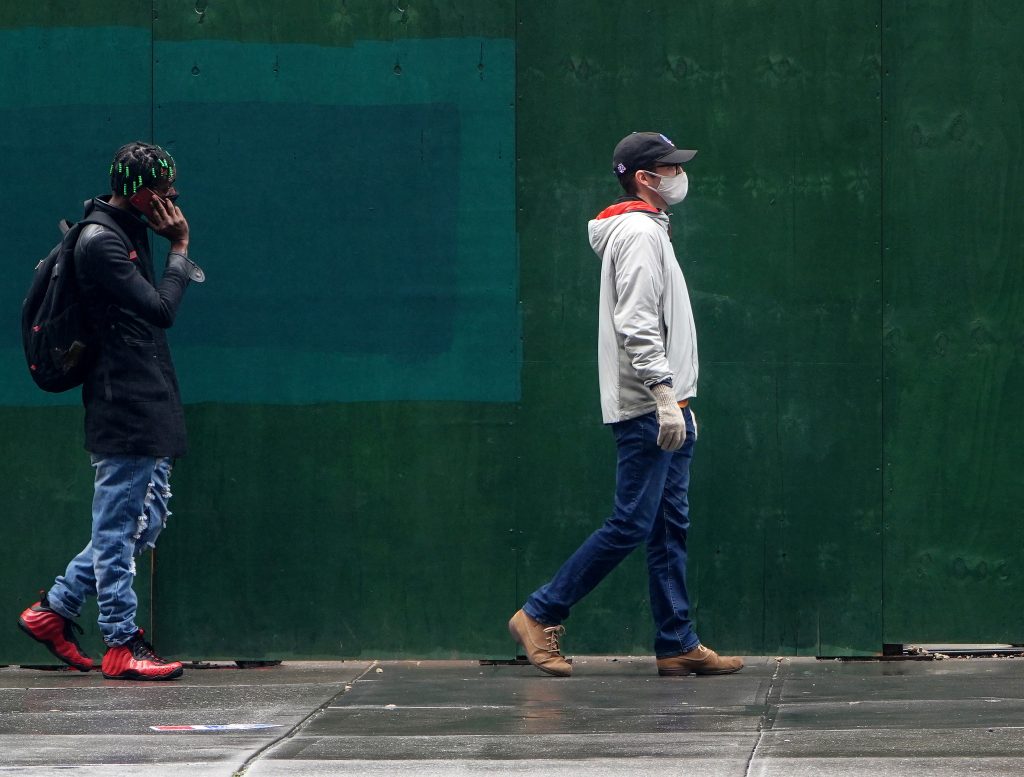 New Yorkers lined up to vote early for a third consecutive day Monday, many waiting under umbrellas, after a weekend that saw a crush of more than 400,000 voters statewide.

State elections officials said 422,169 people voted Saturday and Sunday, the first two days of early voting in New York. The unofficial tally shows about 194,000 voters this weekend in New York City, where some people waited an hour or more in lines that stretched for several blocks.

“We need this to be a better experience. Long lines tell people to go home. That’s just the reality,” Mayor Bill de Blasio said Monday at his daily briefing.

De Blasio accused the city’s Board of Elections of being “clearly not prepared” for the heavy turnout. He urged the board to expand weekend early voting hours, bring more voting machines online before Election Day and make more staffers available to help voters.

An email seeking comment was sent to a board spokesperson.

Early voters continued to turn out steadily on a soggy Monday, though local wait times varied.

Lines were about 10 minutes long at the Barclays Center in Brooklyn. In Staten Island, Republican congressional candidate Nicole Malliotakis faced a short line to vote at an elementary school. She is challenging Democratic Rep. Max Rose.

In suburban Ossining north of New York City, an elderly woman collapsed while waiting in a light rain in a nearly two-hour line to vote. She was taken by stretcher to an ambulance and reemerged in a wheelchair a half-hour later, pushed in to vote as people in line cheered.

In Buffalo, Erie County Executive Mark Poloncarz waited in line with about a dozen voters outside a church. More than 28,000 people voted this weekend in Buffalo and surrounding Erie County.

“More people have early voted in the first two days of early voting in Erie County than all nine days last year,” Poloncarz said as he waited to vote.