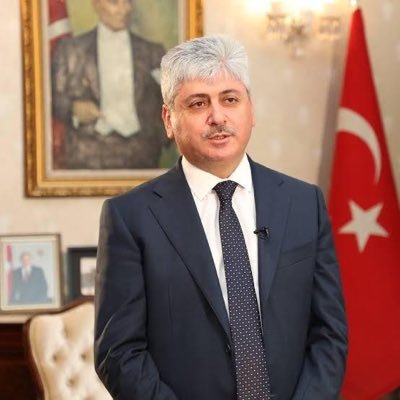 A suspected Kurdish militant detonated an explosive device following a police chase on Monday near Turkey’s border with Syria, killing himself, media reports said. A second suspect was “neutralized” according to Turkey’s interior minister, and no other injuries were reported.

The incident occurred in the town of Iskenderun, in Hatay province, after police tried to stop two people inside a vehicle at a roadblock, according to the local governor.

Gov. Rahmi Dogan said on Twitter that an explosion took place as “one out of two terrorists” was “neutralized” following the chase. The security operation was ongoing, he said.

Interior Minister Suleyman Soylu later tweeted that the second suspect was also “neutralized.” He did not provide further details.

CNN-Turk news said authorities believe the suspects were affiliated with the outlawed Kurdistan Workers Party, or PKK, and identified the explosive device as a hand grenade.

The group has led a decades-long insurgency in Turkey’s mainly Kurdish southeast region and is considered a terrorist organization by Turkey, the United States and the European Union. The conflict has led to the loss of tens of thousands of lives since it started in 1984.

The explosion caused significant damage to cars and shops, the state-run Anadolu Agency reported. Earlier, it said police, fire service rescuers and medical teams were dispatched to the area.

The incident came days after the U.S. Embassy in Turkey issued a security alert, saying it received reports of a possible attack on Americans and other foreigners, and urged U.S. citizens to exercise caution.

The PKK and the Islamic State group have conducted deadly attacks on Turkish soil between 2015 and 2017.