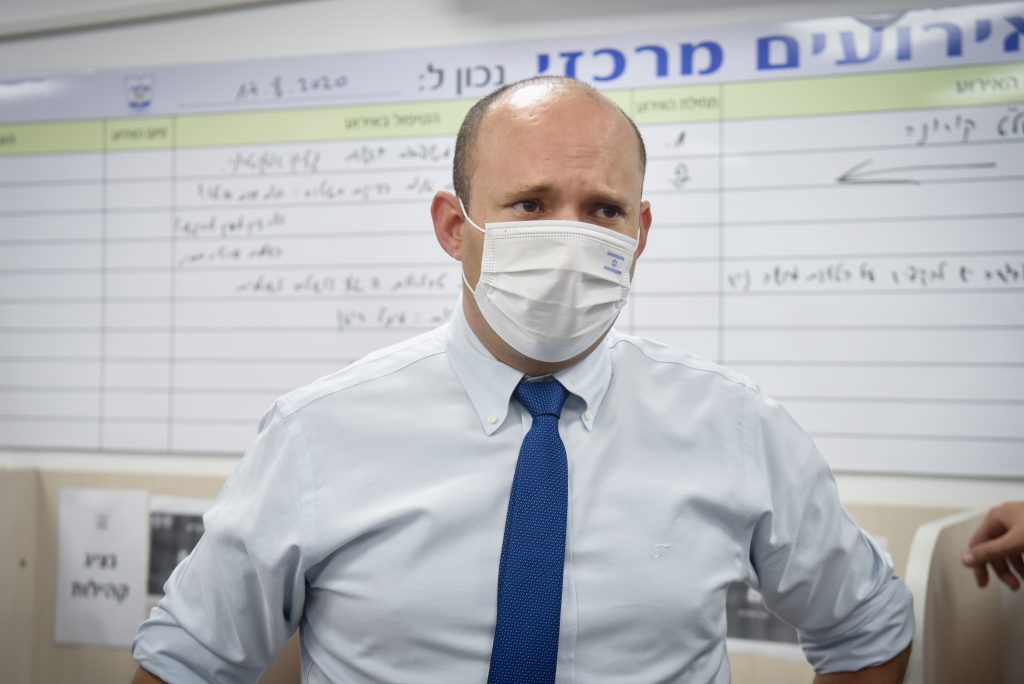 Yamina leader Naftali Bennett has surpassed Israeli Prime Minister Binyamin Netanyahu‏‏ as the country’s most popular politician, according to the latest poll.

If Bennett were to run against Netanyahu today he would get 31.4% of the votes while Netanyahu would get 28.6%, according to Direct Polls for Channel 12 on Monday. The faceoff is hypothetical, since Israel’s vote for party not candidate, but it does serve as an indication of the trend of public opinion. It’s the first time Bennett has bested the PM in such a poll.

The candidates’ personal standing has been reflected in recent polls by party, in which Yamina has surged to as many as 23 seats while Netanyhu’s Likud has dropped to 26. The shift is remarkable, considering that the last election left Likud with 36 versus 5 for Yamina.

Direct Polls offered a cautionary commented on the findings: “The strong support received by Bennett among the entire sample comes mainly from voters in the center, where they see in Bennett the means to topple Netanyahu, but may not really support him in the elections. The embrace Bennett is getting from centrists could be dangerous for him.

“The right-wing base may abandon him at the moment of truth if they recognize a convergence of forces whose purpose is to topple Netanyahu. Bennett may then find himself bereft from both sides,” the institute stated.

In recent days, Bennett has said he would welcome a fourth round of elections in two years, despite universal rejection of such a proposition until now. The reason is the government’s inability to cope effectively with the corona crisis.

“We need to go to elections and replace the failed Netanyahu-Gantz government with a new, broad and energetic government, led by Naftali Bennett,” Yamina said.

Although the report did not delve into the reason behind the shift to Yamina, observers have attributed it to Bennett’s constant criticism of the government’s crisis management, which capitalizes on rising public dissatisfaction.