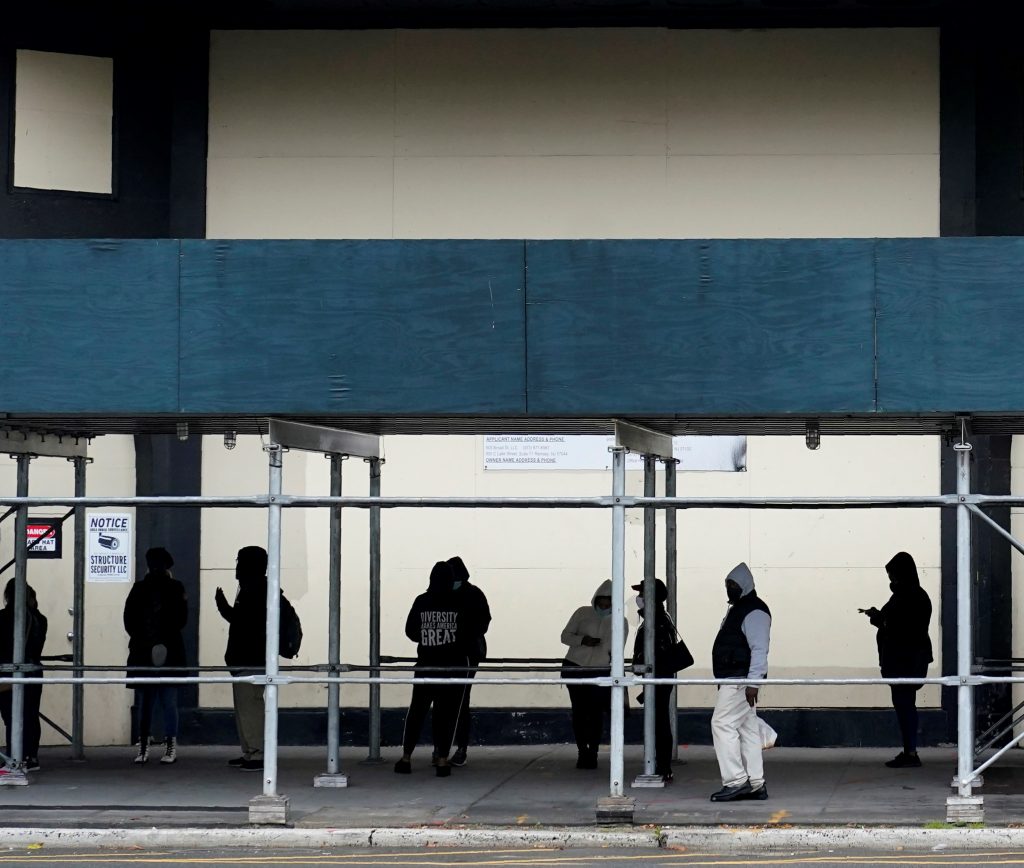 Newark limited the hours of all but essential businesses and encouraged testing of every municipal employee as Mayor Ras Baraka, D, cited evidence of a second virus wave in New Jersey’s largest city.

The mayor’s changes make Newark, with a population of about 280,000, the state’s only municipality with a broad return to restrictions that Gov. Phil Murphy, D, set statewide in March but has since mostly lifted.

“It seems desperate, but it is a desperate moment,” Baraka said at a news conference Monday. Essex County had 161 new positive cases on Sunday, with 101 from Newark alone, he said.

Statewide, 948 novel coronavirus patients were hospitalized, the most since July 8 and more than double from a month earlier. The state confirmed seven new covid-19 fatalities while hospitals overnight reported 19 deaths, some potentially virus-related.

“This is mathematically hard to avoid – that mortalities are going to go up again,” Murphy said during a streamed news conference.

Newark is among the state’s hottest zones. Its downtown in recent years has become a booming destination just 13 miles from Manhattan, a turnaround from the decades of fallout following race riots and a flight to its suburbs. Still, about 28% of the city’s residents live in poverty, according to the U.S. Census Bureau.

As of Friday, Newark had more novel coronavirus cases than Essex County’s other 21 municipalities combined, according to a statement from Baraka’s office. The county has nearly 800,000 residents.

Starting Tuesday, all businesses except grocery stores, pharmacies and gas stations must close at 8 p.m. Restaurant and bar operators must take patrons’ temperatures and ask whether they’ve had covid-19 exposure. They also must stop indoor service at 8 p.m. and end outdoor service at 11 p.m. Barbershops and salons must operate by appointment only, and gyms must be sanitized every hour.

Large indoor gatherings, Baraka said, were the cause of spreading infection. The city will reassess the numbers after two weeks and will enact stricter measures if needed, and he warned that restrictions may be in place for Thanksgiving, a month from today, and Christmas.

Murphy said that Newark “won’t be the last hot spot, I fear.”

“A lot of these cases are coming out of fatigued behavior in private settings which are beyond our ability to effectively regulate or enforce compliance.”

Though Essex led the state’s 21 counties by case count, Murphy said progress was made elsewhere: Ocean and Monmouth counties, whose flare-ups had made them among the hottest for several weeks, have slipped to eighth- and ninth-highest, respectively.

To slow the spread, Newark encouraged all municipal employees to be tested, and it restricted access to City Hall except by appointment.

Newark on Sunday reported test positivity of 11.2% on a three-day rolling average, compared with 5.3% statewide, according to Baraka’s office. From Oct. 11-17 the city hit a positivity high not seen since the end of May. The rate was 25.3% in the East Ward, also known as the Ironbound, where Portuguese dining is a major draw. Organized sports and other group activities in that area’s parks have been stopped.