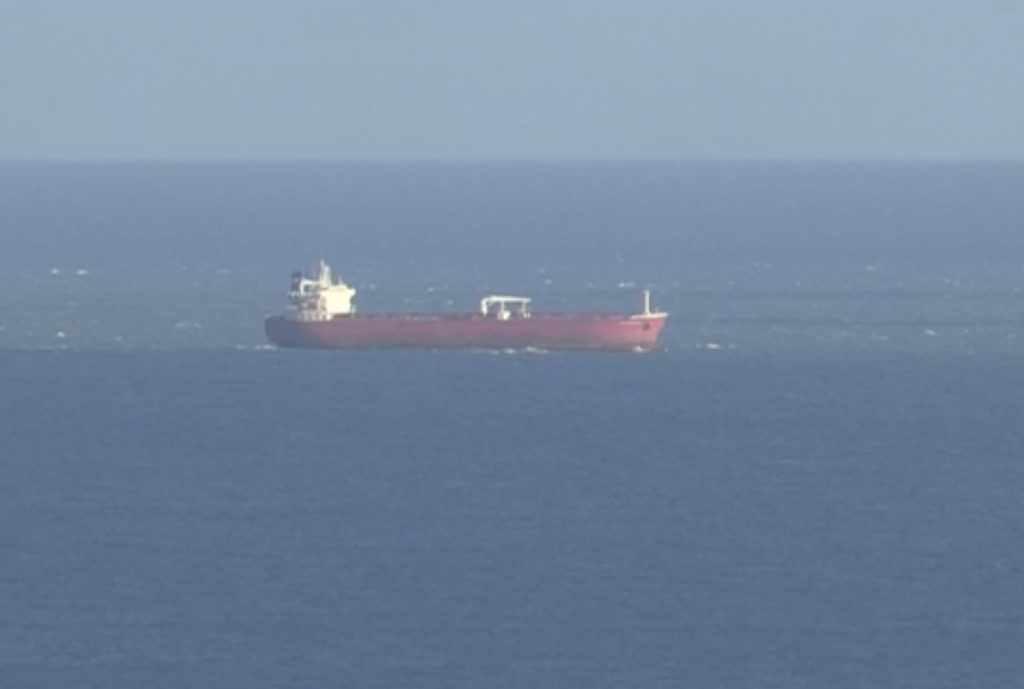 The U.K. military seized control of an oil tanker that laid anchor in the English Channel after reporting it had seven stowaways on board who had become violent.

Tobias Ellwood, chair of the House of Commons’ Defense Committee, confirmed the action in a BBC interview and said no one was hurt. The stowaways are in custody.

The incident began about 10 a.m. on the Libyan-registered tanker Nave Andromeda. The coast guard scrambled two helicopters to the scene, and authorities imposed a three-mile exclusion zone around the vessel.

The Nave Andromeda left Lagos, Nigeria, on Oct. 6 and had been expected to dock in Southampton, England, at 10.30 a.m. Sunday, according to ship tracking website MarineTraffic.com. The tanker had been circling an area about 5 miles southeast of Sandown on the Isle of Wight since about 10 a.m., tracking data shows.

Chris Parry, a retired Royal Navy rear admiral who is now a fellow at the Royal United Services Institute, told The Associated Press he suspects the stowaways grew violent as the tanker neared port, and the crew retreated to a secure area known as “the citadel” to retain control of the vessel.

The captain probably wanted to avoid taking a fully loaded tanker into the heavily populated area near the Portsmouth navy base, where Britain’s carriers are based, as long as this incident was going on, Parry said.

“You don’t want this ship anywhere near with this sort of thing going on,” he said. “And so the captain probably rather wisely and in consultation with his owners, went to anchor off the Isle of Wight.”