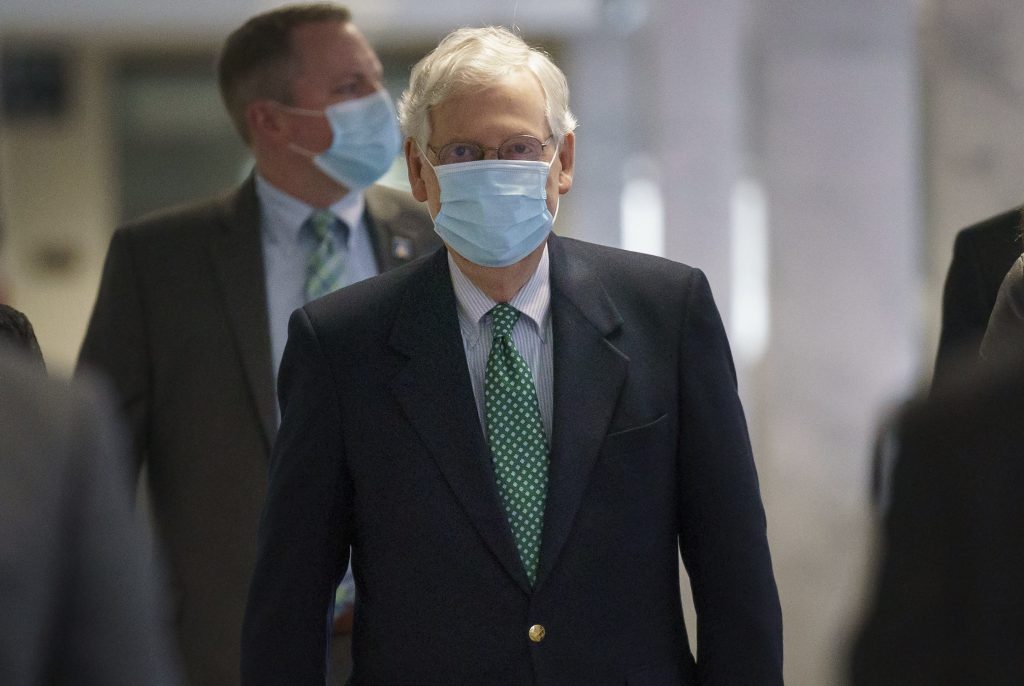 Barrett’s confirmation on Monday was hardly in doubt, with majority Republicans mostly united in support behind President Donald Trump’s pick. But Democrats were poised to keep the Senate in session into the night in attempts to stall, arguing that the Nov. 3 election winner should choose the nominee to fill the vacancy left by the late Justice Ruth Bader Ginsburg.

Republicans are excited by the chance to install a third Trump justice on the court, locking in a conservative majority for years to come. Barrett’s ascent opens up a potential new era of rulings on Roe vs Wade and the Affordable Care Act. A case against the Obama-era health law scheduled to be heard Nov. 10.

“The Senate is doing the right thing,” said Senate Majority Leader Mitch McConnell, vowing to install Barrett to the court by Monday.

The 51-48 vote launched 30 hours of Senate debate. Two Republicans, Lisa Murkowski of Alaska and Susan Collins of Maine, voted against advancing the nominee, and all Democrats who voted were opposed. California Sen. Kamala Harris, the vice presidential nominee, missed the vote while campaigning in Michigan.

Vice President Mike Pence would typically preside over the coming votes, but after a close aide tested positive for the COVID-19, it was unclear whether he will fulfill his role for the landmark vote.

McConnell, R-Ky., noted the political rancor, but defended his handling of the process. He scoffed at the Democrats’ “horror stories” about the judge’s conservative qualifications.

“She’s a conservative woman who embraces her faith, she’s unabashedly pro-life but she’s not going to apply ‘the law of Amy’ to all of us,” said the committee chairman, Sen. Lindsey Graham, R-S.C., said late Saturday on Fox.