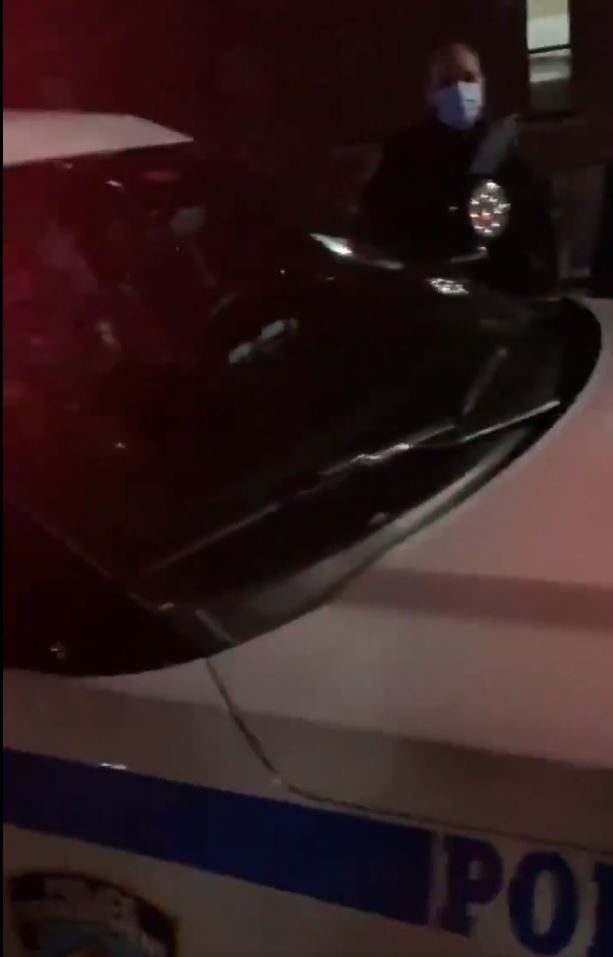 The New York Police Department said it is investigating after an officer was seen on video Saturday saying “Trump 2020” over a patrol vehicle’s loudspeaker, a violation of department rules.

The department, in its Patrol Guide, prohibits officers from “endorsing political candidates or publicly expressing personal views and opinions” about candidates while on duty or in uniform.

A message seeking comment was left with the union representing patrol officers.

Videos posted on social media captured the officer bellowing his support of President Donald Trump from a marked police department SUV just before 10 p.m. Saturday. The vehicle was parked in a crosswalk with lights flashing in Brooklyn’s Flatbush neighborhood.

“Trump 2020,” the officer is heard saying, taunting someone on the street who was recording him. The officer also encouraged listeners to publicize it through social media.

The incident happened days after NYPD officials downplayed concerns that Trump’s support among law enforcement personnel, including a city police union’s endorsement, would impact how officers do their jobs — particularly when dealing with people voting or protesting against the president.

“When we put on this uniform, we are apolitical,” Chief of Department Terence Monahan said. “We have no stance in one way or another.”

The Police Benevolent Association, the city’s largest police union, threw its support behind Trump in August.

Trump, a Republican, has campaigned for reelection on a law-and-order agenda, portraying himself as a counterweight to the police reform protests that erupted across the U.S. in recent months.

Many police officers also support Trump, viewing him as an ally to their pro-police “Blue Lives Matter” and “Back the Blue” movements.

A Miami police officer could face suspension after he was photographed last week at an early voting site wearing a blue, white and red Trump 2020 mask while in uniform.

“You’re going to have police officers that have views across the spectrum, but I also think we’ve seen overwhelmingly officers leave their politics at home and they go and do what has to be done to keep people safe and to respect peaceful protest,” de Blasio said at a news briefing last Tuesday.

“Any officer who can’t or won’t do that we have to discipline and we have to address, but I don’t get an indication that that is a widespread challenge.”