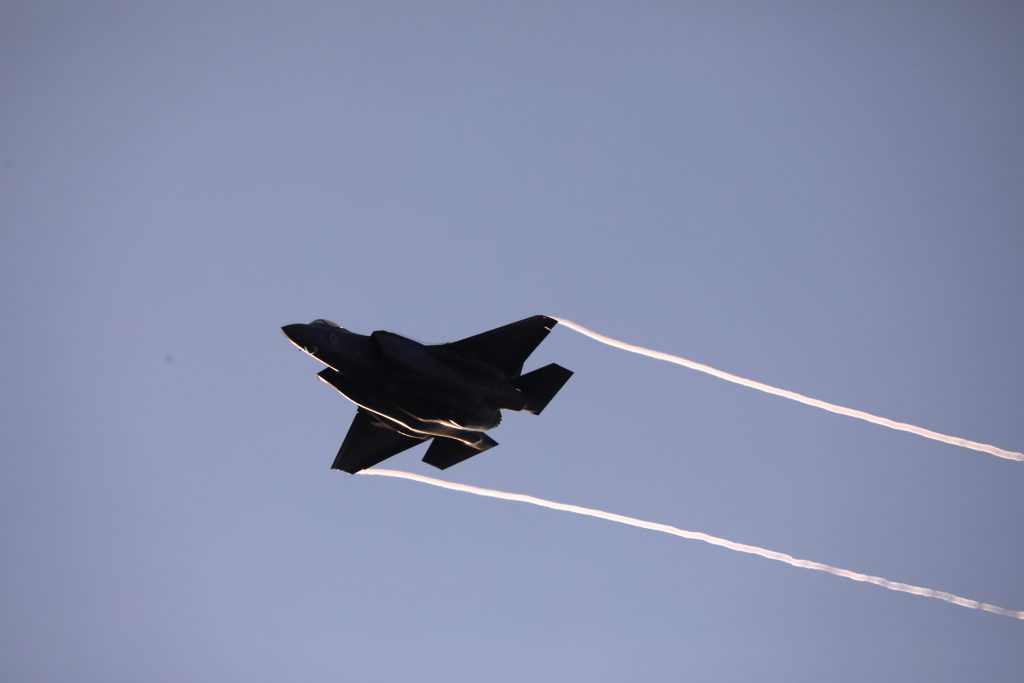 Prime Minister Binyamin Netanyahu on Motzoei Shabbos appeared to confirm that Israel has given its consent for the United States to sell F-35 fighter jets to the United Arab Emirates following a recent agreement establishing diplomatic relations between the Mideast countries.

The expected sale would make the UAE the first Arab nation – and just the second country in the Middle East after Israel — to possess the stealth warplanes.

Netanyahu has repeatedly insisted the deal establishing ties with the UAE amounted to “peace for peace” and that arms deals were not part of the agreement. But Emirati officials have indicated there were understandings on the matter, and President Donald Trump has said the U.S. was considering the Emirati request for the planes.

Speaking to reporters, Netanyahu said the sale only came up after the diplomatic pact with the UAE was signed at the White House last month.

“Only after signing the agreement, the Americans told us that the Emirates, which always asks for F-35s, is asking permission from us to consider this thing practically,” Netanyahu said.

He said Israel sent a professional delegation to Washington for talks at the Pentagon and gave its consent after receiving assurances that the U.S. would continue to guarantee Israel’s military edge in the region.

“Only yesterday did we give our approval to this deal,” Netanyahu said.

The UAE deal has been hailed by the U.S. and Israel as a historic breakthrough. It paved the way for Bahrain and on Friday, Sudan, to follow suit in establishing formal diplomatic ties with Israel.

Israelis have welcomed the agreement with the UAE, but word that the U.S. intended to sell F-35s to the Emirates proved controversial.

Netanyahu’s denials of any link with the arms deal has been met with skepticism, particularly amid accusations that he bypassed Israel’s defense establishment in agreeing to a past German sale of advanced submarines to Egypt.

Netanyahu’s governing partner, Defense Minister Benny Gantz, has said he was kept in the dark about the UAE deal until the last minute.