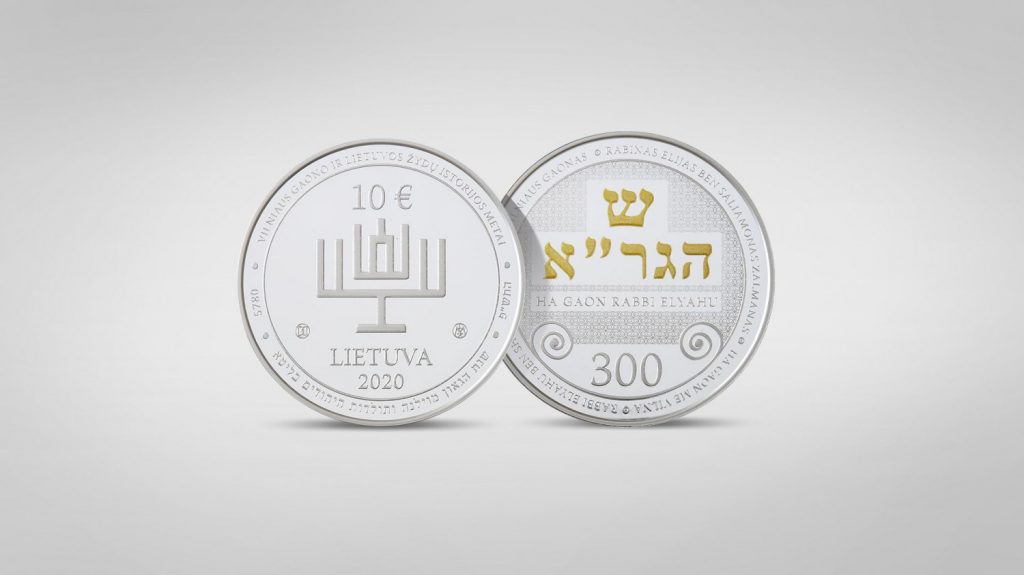 Last week, the Bank of Lithuania issued into circulation the €10 silver collector coin dedicated to the 300th birth anniversary of the Vilna Gaon, zt”l.

The Seimas of the Republic of Lithuania has declared 2020 as the Year of the Vilna Gaon and the History of the Jews in Lithuania.

“By issuing the silver collector coin dedicated to the 300th birth anniversary of the Vilna Gaon, we want to pay tribute to one of the most famous figures in Lithuanian and global Jewish history as well as to show appreciation for the contribution and legacy of the Jewish culture to our country. Thanks to the Vilna Gaon’s authority and fame, the name of Vilnius gained recognition all over the world,” said Vitas Vasiliauskas, chairman of the Board of the Bank of Lithuania.

According to Albinas Šimanauskas, the author of the coin brochure, the activities of the Vilna Gaon, his intellectual heritage and the weight of his authority greatly influenced the development of the religious and cultural identity of the Lithuanian Jewish (Litvak) community. “For the past 300 years, the Vilna Gaon has been and still is one of the most acclaimed religious authorities of the global Jewish community,” the brochure reads.

Harav Eliyahu, the Gaon of Vilna, was an especially popular figure amongst Lithuania’s Jews. Almost every Jewish family in the country had a portrait of the Vilna Gaon, while Jewish mothers would motivate their children to aim higher by showing them the Gaon’s portrait and quoting: Vil nor Goen (If you will it, you too can be a genius). This phrase, both in Lithuanian and Yiddish, is also inscribed on the edge of the coin.

The coin dedicated to the 300th birth anniversary of the Vilna Gaon was designed by artists Viktorija Sideraitė-Alon, Jūratė Juozėnienė and Albinas Šimanauskas, and minted at the Lithuanian Mint. The mintage of the coin is 2,500.

Coins are available for purchase via the official distributors of numismatic items of the Bank of Lithuania.