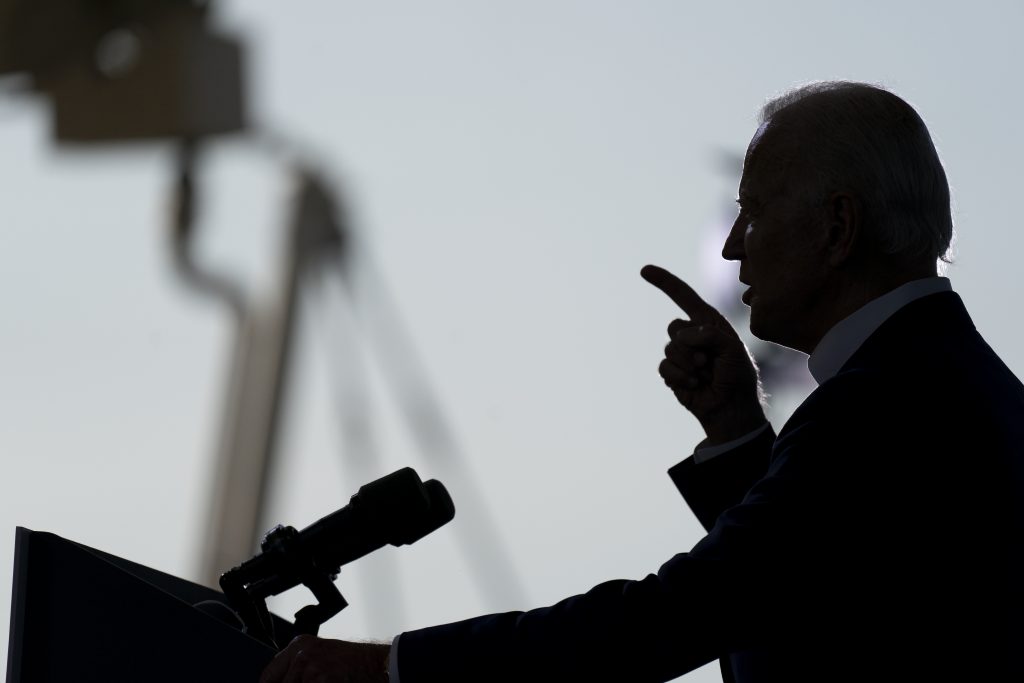 “There are 50 former national intelligence folks who said that what he’s accusing me of is a Russian plant,” Biden said at the debate. The former vice president said those former officials had concluded that what Trump was saying about his son was “a bunch of garbage.”

But the former intelligence and defense officials who penned the letter explicitly said they had no evidence of Russian involvement.

The former officials cautioned: “We do not have evidence of Russian involvement.”

The Biden campaign’s decision to lean into accusations of Russian involvement in the episode, despite lack of any proof, risks eroding public trust in U.S. allegations of foreign election interference if the suspicions in this case turn out to be unfounded, according to intelligence and foreign policy experts.

“Biden is holding himself to a higher standard than Trump. Then we should hold Biden to a higher standard as well,” said Thomas Rid, professor of strategic studies at Johns Hopkins University and author of a book on the history of disinformation and political warfare. “And that means acknowledging in this case that we just don’t have the evidence.”

The Biden campaign’s assertion of Russian involvement in the Hunter Biden leaks comes as the Democratic nominee campaigns on restoring truth and transparency to the U.S. government.

Trump’s director of national intelligence, John Ratcliffe, said publicly that there is no intelligence to support allegations that the leak of materials related to Hunter Biden was “part of a Russian disinformation campaign.”

The Biden campaign has, with a few exceptions, refused to engage on the substance of the leaked material, declining to deny or corroborate alleged emails excerpted in the New York Post, because they believe that would elevate the disinformation operation.

Hunter Biden’s lawyer has also declined to say whether his client dropped off laptops with the Delaware computer repairman who Giuliani said he retrieved the materials from.

During a heated exchange in Thursday’s debate, Biden, in his first extended remarks on the topic, said he has been told the episode is a “Russian plan.”

“That’s exactly what – that is exactly we’ve been told,” Biden replied.

Susan Hennessey, a senior fellow at the Brookings Institution and former attorney for the National Security Agency. said given that he is not currently the president, Biden is free to come to whatever conclusions he wants based on the publicly available evidence. But she urged caution generally when attributing a disinformation operation to a foreign power.

“When we think about it from the perspective of restoring U.S. faith in the findings of the U.S. intelligence community and informing the public – from that perspective, we want to be extraordinarily cautious, never get ahead of the evidence and be restrained,” she said.