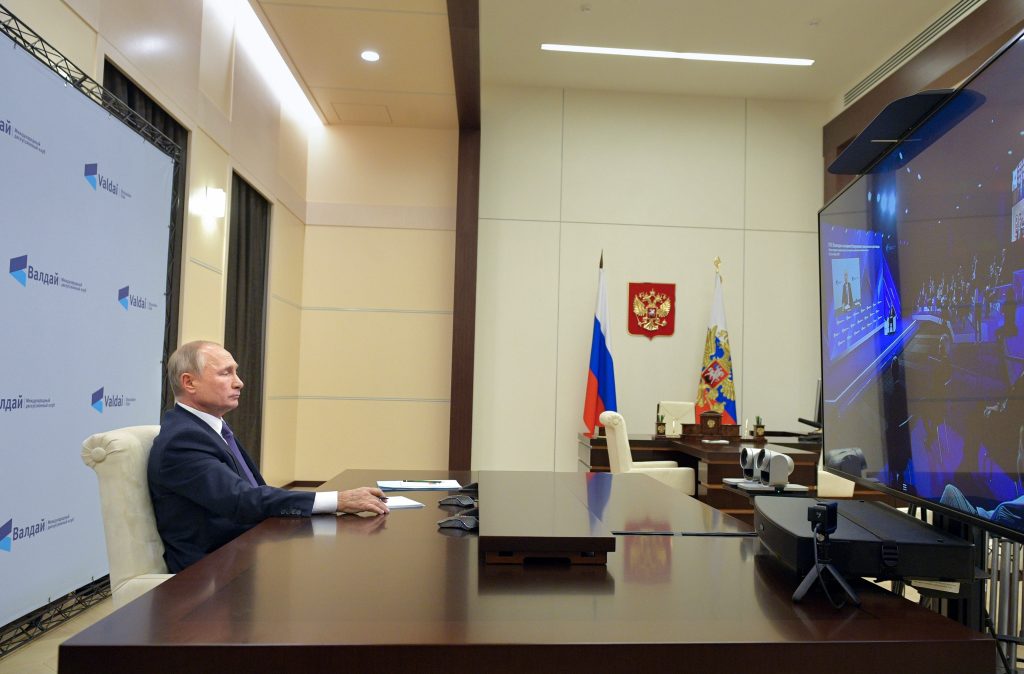 Russian President Vladimir Putin rejected accusations of the Kremlin’s involvement in the poisoning of opposition leader Alexei Navalny, saying Thursday that he personally allowed his political foe to be flown to Germany for treatment.

Navalny, an anti-corruption investigator and Putin’s most visible and determined opponent, fell ill on Aug. 20 during a domestic flight in Russia and was flown to Germany two days later. He is still recovering there.

Tests conducted at labs designated by the Organization for the Prohibition of Chemical Weapons confirmed that the poison used on Navalny was a Soviet-era Novichok nerve agent. Navalny asserted that his poisoning only could have been ordered by spymasters who wouldn’t have made such decisions without Putin’s personal involvement.

Making his first public comments on Navalny’s poisoning, Putin said he had asked Russian prosecutors to allow Navalny to be flown to Germany from Siberia, where he first was hospitalized.

“If authorities wanted to poison [him], they would hardly have allowed him to be sent to Germany for treatment,” Putin said during a video call with international foreign policy experts.

The Russian leader noted that when Navalny’s wife asked to allow his treatment abroad, he personally asked the prosecutors to waive the restrictions on his travel stemming from an ongoing criminal probe.

“I asked the Prosecutor General’s Office to allow that, and he left,” he said.

Navalny’s spokeswoman, Kira Yarmysh, chafed at Putin’s arguments, tweeting that “in Russia, a human life doesn’t matter” and Putin decides at his whim “whether you live or die.”

Putin expressed regret about Germany’s refusal to share samples it said proved Navalny was poisoned with a type of Novichok, the same class of Soviet-designed nerve agent that was used to poison former Russian intelligence officer Sergei Skripal and his daughter in Britain in 2018.

The Russian hospital that first treated Navalny said it found no evidence he was poisoned. Russian authorities have said they conducted a preliminary investigation but argued that they needed proof of poisoning to launch a full-fledged criminal inquiry.

“Give us the biological materials and the official conclusions that would allow us to investigate it, and give official and formal grounds for opening a criminal case,” Putin said. “They have given us nothing. And there is no explanation why.”

The Russian president said he offered to send experts to Germany to conduct a joint investigation, but alleged that Germany and its allies have stonewalled the proposal.

“Let’s conduct a joint probe,” Putin said. “We are ready to work with full vigor.”

The Kremlin has reiterated that before Navalny’s transfer to Charite Hospital in Berlin, Russian labs and a hospital in the Siberian city of Omsk found no sign of a poisoning. Moscow has called for Germany and the OPCW to provide its evidence, and bristled at Western leaders’ insistence that Russia answer questions about what happened to the politician.