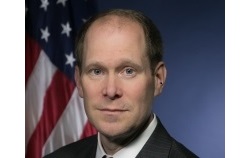 President Donald Trump intends to nominate a northern Indiana federal prosecutor to the 7th U.S. Circuit Court of Appeals if Amy Coney Barrett is confirmed to the U.S. Supreme Court, the White House has announced.

Trump plan to nominate U.S. Attorney Thomas Kirsch II, who was appointed to the Northern District of Indiana in 2017.

Barrett is expected to be confirmed by the Senate within the next week.

As U.S. attorney, Kirsch has concentrated on prosecuting drug- and gang-related crimes.

From 2001 to 2008, as an assistant U.S. attorney in the Northern District of Indiana, Kirsch focused on high-profile, white-collar crimes, which included the prosecution of several elected public officials, the U.S. Attorney’s Office said.

Kirsch is a 1996 Indiana University and 1999 Harvard Law School graduate.