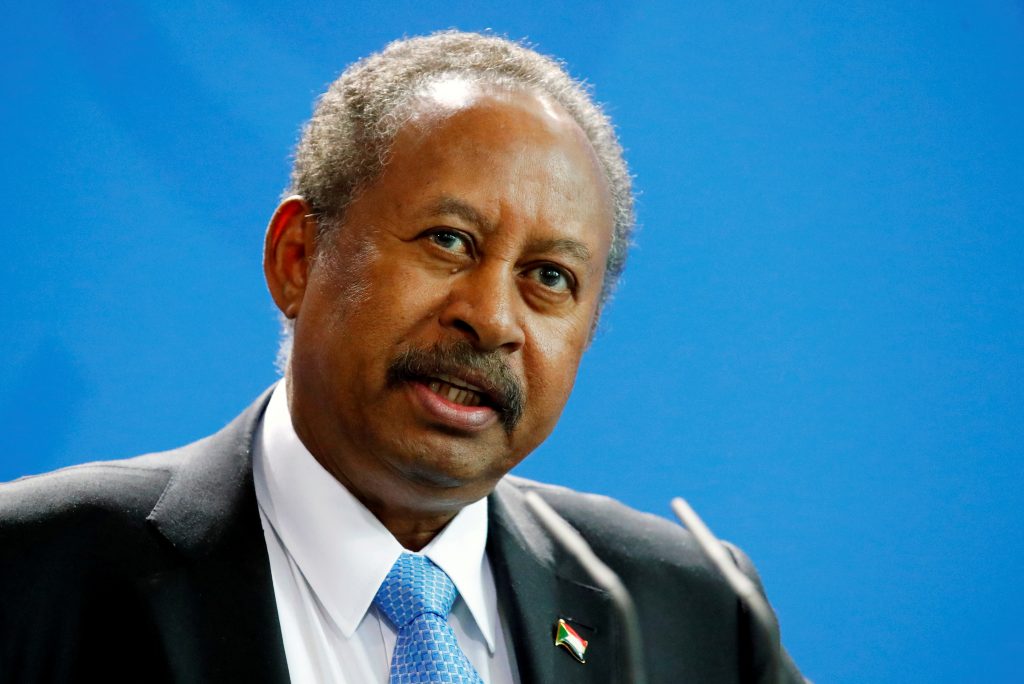 The comments are the clearest sign that Hamdok, under pressure from the United States, is willing to contemplate Sudan establishing ties with former adversary Israel.

Such a move would not be imminent, because the council still needs to be established under a power-sharing deal between the military officers and civilians who have been running Sudan jointly since the overthrow of autocrat Omar al-Bashir in 2019.

It is unclear when the assembly will be formed.

There was no immediate response from the government to requests for comment.

Hamdok’s technocratic government has so far rebuffed U.S. advances aimed at pushing Sudan to follow the lead of the United Arab Emirates and Bahrain, both of which signed agreements to establish formal ties with Israel at the White House last month.

“The prime minister will proceed in the steps taken by Transitional Council Head Abdel Fattah al-Burhan to establish ties with Israel if the legislative council, after it is formed, approves the decision,” a senior source said.

The subject is sensitive in Sudan, which used to be among the hardline Arab foes of Israel.

But an agreement between Sudan and Israel may have edged closer on Monday when U.S. President Donald Trump signalled that Washington would remove Khartoum from its list of state sponsors of terrorism, a designation which has hindered Sudan‘s ability to get debt relief.

U.S. Secretary of State Mike Pompeo in a phone call with Hamdok on Thursday “applauded his efforts to date to improve Sudan’s relationship with Israel and expressed hope that they would continue,” the U.S. State Department said in a statement.