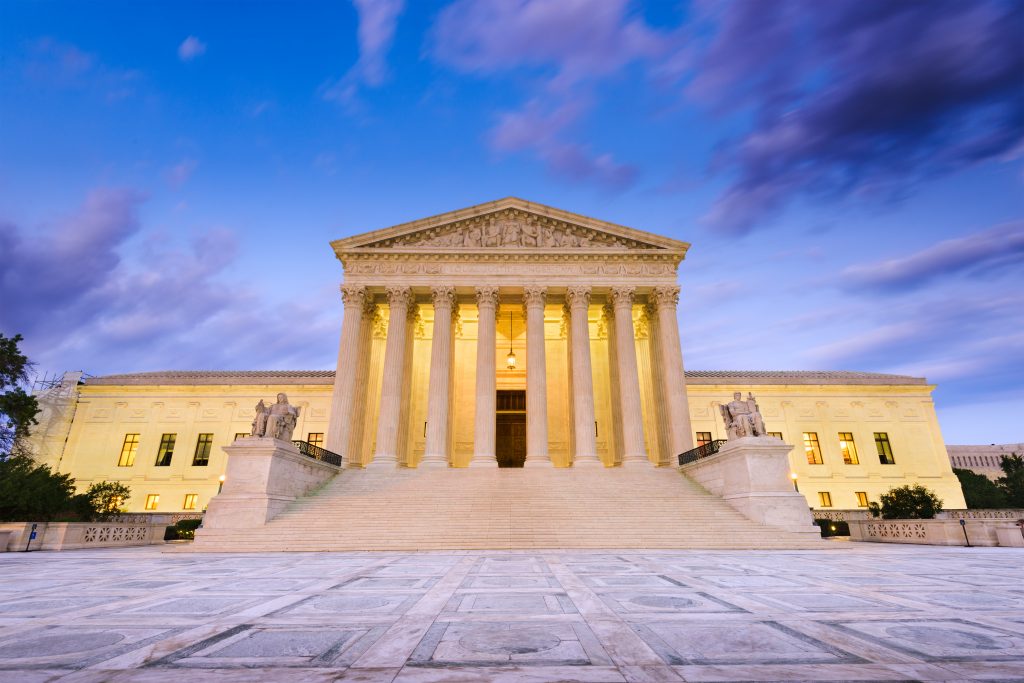 Since when is American policy to be dictated by someone’s dying wish? Only when that someone is a left-wing Supreme Court justice whose policies align with the Democrats in an election year. Or so goes Democratic logic.

Democrats cling to that dictate less from a sense of honor to the dead than from a sense of desperation at their inability to block a new justice’s nomination. They rail against the seeming hypocrisy of Republicans who want to push through a nomination now when they objected to Judge Merrick Garland’s nomination in 2016 following Justice Antonin Scalia’s death. Republicans controlled the Senate then too, but the lame duck President at the time was the Democrat Obama.

Republicans beg to differ. It is not the parallel of time frames that matters, but which party controls the presidency and the Senate. And precedent is on their side, going back to 1796. However, what really goads the Democrats is not just the nomination but the nominee.

Amy Coney Barrett, who emerged unscathed from a week of confirmation hearings, seems almost guaranteed to be confirmed. Not because she is a conservative and the Republicans are mainly voting in lockstep, but because she deserves to be confirmed. Democrats are seething that this brilliant and exceptionally qualified judicial scholar, professor, judge and devout Catholic cannot be toppled.

Throughout the confirmation hearings, Barrett maintained her composure and, more importantly, her adherence to the words she uttered when first nominated by President Trump. “Judges are not policymakers,” she said, “and they must be resolute in setting aside any policy views they might hold.”

Try as they might, Democratic Senators were unable to trip her up when pressing Barrett on health care, voting rights, racial equality and Roe vs. Wade. Her replies corroborated Vice President Pence’s endorsement of her: “She is a brilliant jurist who will uphold the Constitution, who will interpret laws as written and won’t legislate from the bench.”

Democrats realize they can’t pull a Kavanaugh this time around. Back in 2018, when they couldn’t pin substance on then nominee Brett Kavanaugh, they went for the jugular in a concocted personal attack that turned into a catastrophic witch hunt. Many believed it cost them a Republican win in the Senate in the mid-term election that followed. Aside from the impossibility of fabricating dirt about this mother of seven, it seems that Democrats may have learned their lesson. Barrett was even inoculated from attempted accusations of racism by her two adopted Black children. Which leaves Democrats fuming at their impotent state of judicial affairs.

It stands to reason that a Republican President would not nominate a flaming liberal. But Democratic opposition to Barrett goes way beyond natural opposition based on party or even ideological lines. Yes, progressives who are slowly taking over the Democratic Party despise Barrett for her adherence to Catholicism. But they openly disdain anyone religiously observant, with the possible exception of Muslims.

But Democrats’ resistance exceeds anti-Catholic bigotry. Whining about the danger of a conservative Catholic to Roe vs. Wade and Obamacare is essentially crying foul, especially since Barrett’s remarks on precedent during confirmation hearings seemed anything but menacing. To borrow a popular psychology phrase, Democrats are projecting their own ambitions to overthrow precedent and radically alter constitutional norms in this country.

For Democrats, a Barrett appointment is a threat to their long-cultivated policy of power grabbing. Four years of corrupt Democratic attempted coups to oust President Trump have resulted in new lows for the Democratic Party and new threats to America’s system of governance. Democrats have spared no chicanery in trying to overthrow a duly elected President even before he assumed office. With the advent of potential ballot fraud looming, a fiasco to be resolved by the Supreme Court, Barrett now stands in their way.

Democratic Senator Richard Blumenthal called Barrett’s nomination a “power grab,” but it is the Democrats who are salivating at the chance to grab power through court packing, notwithstanding Biden’s and Harris’ hedging with a wink and a nod. Democrats are the ones calling for abolishing the electoral college, eliminating the Senate filibuster, and lowering the voting age to 16. And they realize that Barrett has the capacity to check them at the judicial branch and thwart much of their agenda. Judging by corruption in the highest ranks of the Democratic Party these past four years, theirs is a dangerous agenda that needs to be urgently stemmed.

It is interesting to note that Barrett’s confirmation hearings coincided with the revelation of more unethical conduct by Democratic Party leaders, notably, the face of their party — Joe Biden — who affirmed at the presidential debate, “I am the Democratic Party.” Revelations of Biden’s shared misconduct with his son Hunter were splashed on the pages of the New York Post and flatly contradict the candidate’s insistence that such allegations are “lies.” That Facebook and Twitter suppressed and continue to suppress the story only accentuates the veracity of the revelations and the unholy alliance between the Democratic Party and media tech giants.

The Biden family’s unethical breaches closely followed newly released government documents proving Hillary Clinton’s campaign team concocted the Trump-Russia collusion hoax to distract voters from her own email scandal. A concoction that included at least some in the Obama DOJ, FBI and CIA. Is it any wonder that this swamp is panicked by the likes of Amy Coney Barrett?

In the absence of any real substantive squabbles during her confirmation hearings, Barrett was jokingly asked by Republican Senator John Kennedy, “Who does the laundry in your house?” For which humorous remark he was pounced upon by Democrats. It figures. If anyone would object to referencing dirty laundry, it would be them.