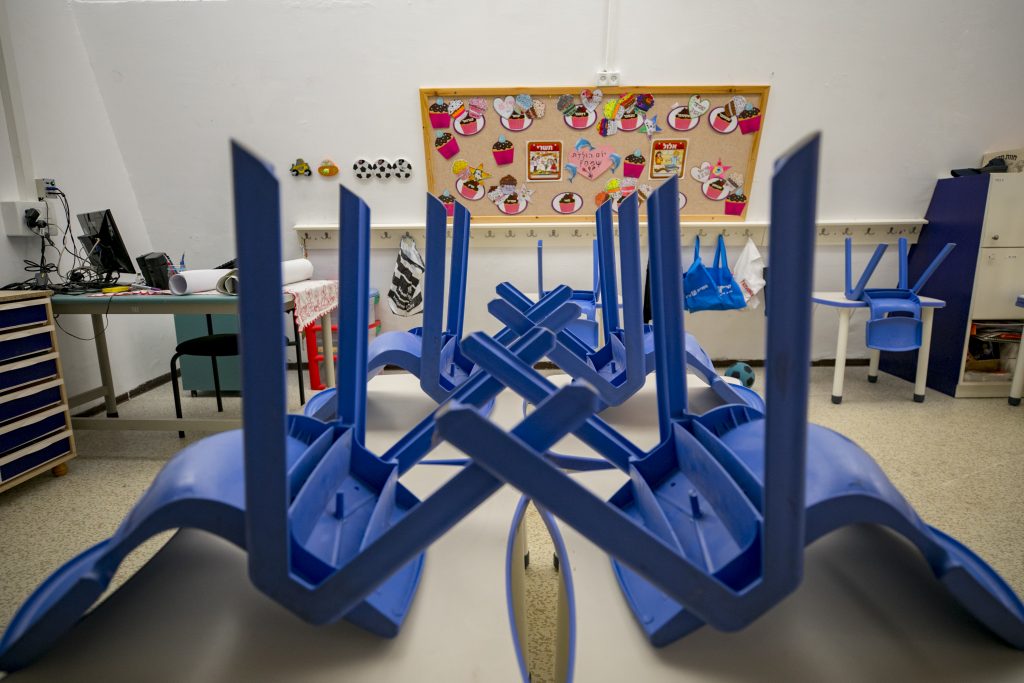 After six hours of deliberations on Wednesday, the ministers in the Corona Cabinet failed to reach a decision on the next steps in the move out of Israel’s coronavirus lockdown.

The Cabinet agreed that a final decision regarding the reopening of schools and stores will be made next week.

During the meeting, Prime Minister Binyamin Netanyahu proposed that the exit strategy, currently consisting of nine stages, should be reduced to only five, to be made every two weeks after morbidity rates are reviewed, in order to ensure a renewed upsurge of cases is not caused by any of the steps taken.

Coronavirus commissioner Professor Ronni Gamzu and the Health Ministry’s Head of Public Health Services, Sharon Alroy-Preis, who were present at the meeting, warned that exiting the lockdown should be done in a more gradual manner.

The exit strategy’s second stage, which was to come into effect Sunday, if the rate of infection remains low and the number of new daily cases does not exceed 1,000, was scheduled to include the opening of grades one through four, and allow non-medical treatments and alternative medicine services.

“All businesses should be allowed to offer takeaway beginning tomorrow,” Finance Minister Yisrael Katz said in the meeting.

He also called for small businesses, hairdressers, street shops and bed- and-breakfasts to be allowed to resume operation.

“The Health Ministry must stop suffocating Israel’s small businesses,” he said. “The government is responsible for Israel’s society and economy.”

Health Minister Yuli Edelstein lambasted ministers whom he said showed “courage” to open parts of the economy. “I suggest that they have the courage to explain what not to open, as well.”

Earlier on Wednesday, Gamzu proposed to the ministers to partially reopen the education system, but only if studies could be held in small groups or “capsules.”

According to the proposal, the separation into capsules would be implemented from the first grade and up, while “maintaining a permanent separation of groups during meals and and on school buses,” Gamzu said.

The ministers were presented with results of the Health Ministry’s latest serology survey that showed children are infected with coronavirus in larger numbers than adults, and though they themselves often do not suffer any symptoms, they can spread the virus to other children as well as to adults.