Politics Biden’s Answer to Court-Packing Question is a Commission, Spurring Fire From the Left
Politics 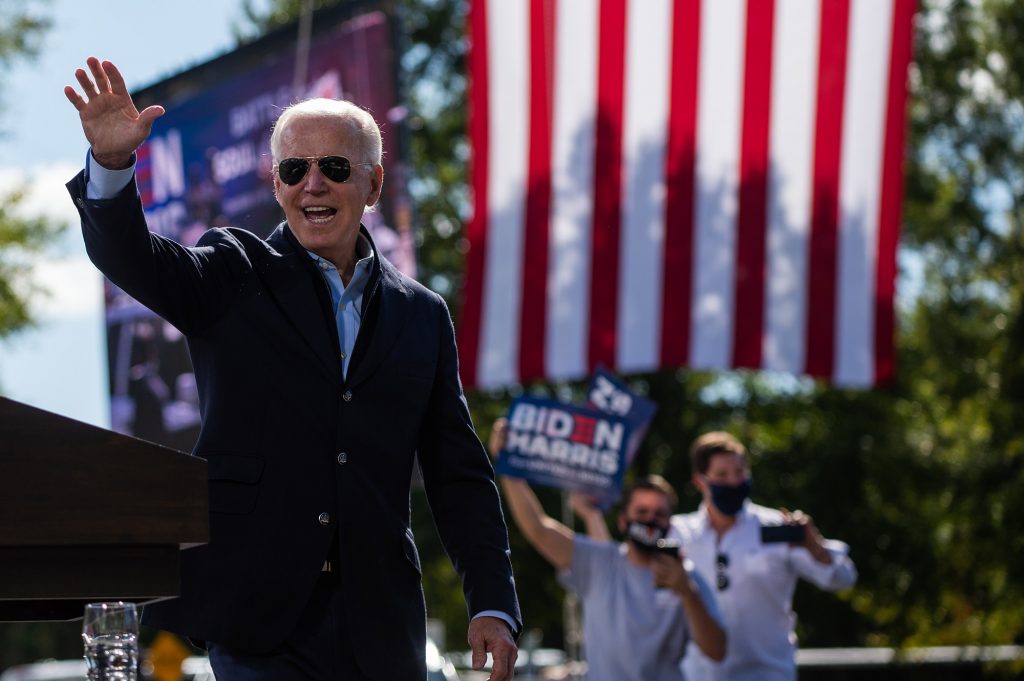 Just as President Donald Trump is about to solidify a conservative majority on the Supreme Court, Joe Biden is proposing to appoint a commission to study and suggest reforms to the U.S. court system, moving to deflect nagging questions about whether he would support proposals to expand the high court.

After weeks of unabashedly dodging questions about his position on the expansion proposals, known by critics mostly as “court packing,” the Democratic presidential nominee unveiled his commission plan in an interview with CBS News’ “60 Minutes” that is scheduled to air in full on Sunday.

In excerpts released Thursday morning, just hours before Biden’s second and final debate with Trump, Biden said the commission would be made up of scholars and members of both parties to study the court system because it’s “out of whack.”

“It’s not about court packing,” he said.

The proposal gives Biden an answer — likely unsatisfactory to some — to an issue that is sure to come up in Thursday’s debate, and that Biden had recently promised to address before election day. It also buys time for Biden to defer a decision on an idea pushed by progressives that divides Democrats and draws considerable skepticism from the public, polls suggest.

His proposal quickly came under fire from the left.

Brian Fallon, executive director of Demand Justice, a progressive group that supports court expansion, called the Biden proposal a “punt” that “runs the risk of stalling momentum for serious reform.”

Amid debate over the nomination of Amy Coney Barrett to succeed the late Ruth Bader Ginsburg, the idea of expanding the court has gained currency among Democrats who believe court vacancies have been unfairly filled by President Trump. They point to the Republicans’ stonewalling of President Obama’s nomination of Merrick Garland in 2016 as well as what they deem a rush to confirm Barrett in the midst of the election season.

Barrett’s nomination was approved by the Senate Judiciary Committee on Thursday despite a Democratic boycott of the vote and is expected to win approval on the Senate floor next week.

Biden, who served in the Senate for 36 years, has great respect for the institution’s traditions and has said in the past that he does not support expanding the court. In the emotional aftermath of Ginsburg’s death, he kept mum and bluntly refused to state his position.

He said he was doing so because answering would distract attention from his preferred focus on how the Senate was rushing action on Barrett’s nomination within weeks of election day.

Under questioning during an ABC town hall last week, he acknowledged that he was “not a fan” of court packing. He agreed that voters had the right to know where he stood, and when asked if he would make his position clear before election day, Biden said, “Yes, depending on how they ( Republicans) handle this.”

In the “60 Minutes” excerpt, Biden rolled out a time-honored Washington tool for postponing resolution of thorny policy debates — kicking them to a bipartisan commission.

Biden said his panel would be asked to report within 180 days “with recommendations as to how to reform the court system because it’s getting out of whack.”

He said the panel should consider alternatives that “go well beyond packing,” and touched on a common concern that expanding the court would kick off a spiral of court changes with each change of political regime.

“The last thing we need to do is turn the Supreme Court into just a political football; whoever has the most votes gets whatever they want,” Biden said. “Presidents come and go. Supreme Court justices stay for generations.”

Fallon’s quick criticism illustrates the pressure Biden will have to contend with in his own party if he wins the presidency.

“The Republicans’ decision to plow forward with Amy Coney Barrett’s nomination in the midst of a national election requires a more urgent response than a study that will take 180 days to complete,” Fallon said. “We certainly do not need a commission to tell us that Republicans are on the verge of stealing their second Supreme Court seat in four years.”