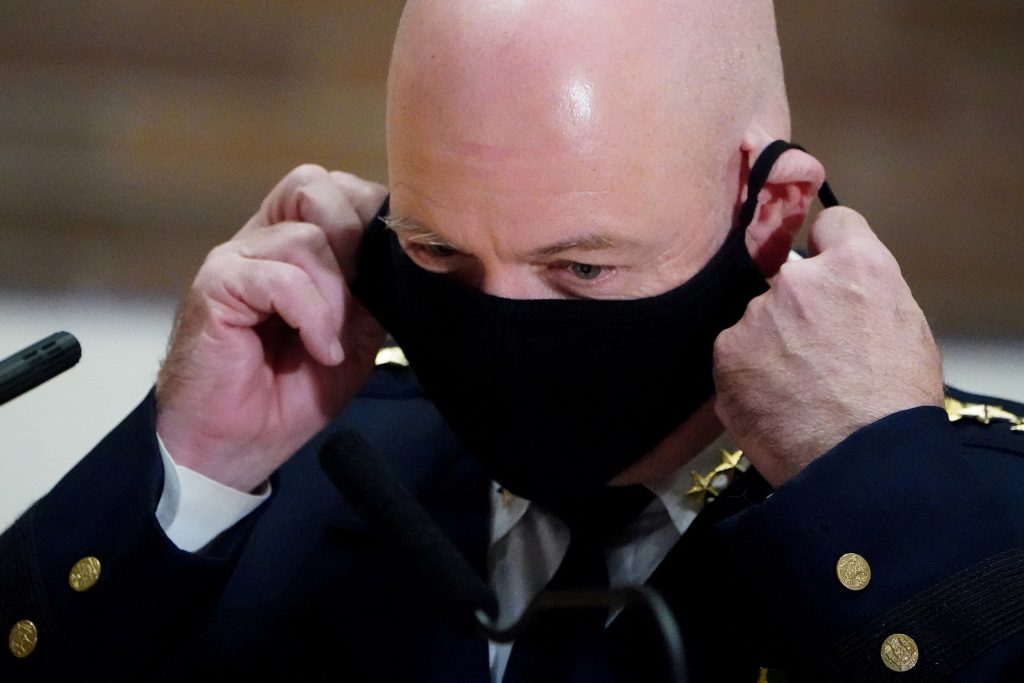 The New York Police Department said that a police union’s endorsement of President Donald Trump shouldn’t sway how officers treat people who protest or vote against the president.

“When we put on this uniform, we are apolitical,” Chief of Department Terence Monahan said. “We have no stance in one way or another.”

The Police Benevolent Association, the city’s largest police union, broke with a longstanding tradition of not endorsing presidential candidates and threw its support behind Trump in August.

Trump has campaigned for reelection on a law-and-order agenda, portraying himself as a counterweight to the police reform protests that erupted across the U.S. in recent months.

Many police officers also support Trump, viewing him as more of an ally to their pro-police “Blue Lives Matter” movement than his Democratic rival, former Vice President Joe Biden.

The Benevolent Association called concerns about officers’ impartiality “hysterical nonsense,” writing on Twitter: “Every year, NYC cops protect the right of ALL voters to cast their ballot in peace.”

The issue didn’t gain traction until a reporter asked Mayor Bill de Blasio about it at his Tuesday morning news briefing. De Blasio, a Democrat, said he didn’t think officers would let their personal political views bleed into their professional responsibilities.

“You’re going to have police officers that have views across the spectrum, but I also think we’ve seen overwhelmingly officers leave their politics at home and they go and do what has to be done to keep people safe and to respect peaceful protest,” de Blasio said. “Any officer who can’t or won’t do that we have to discipline and we have to address, but I don’t get an indication that that is a widespread challenge.”

Monahan offered his take at a news conference a few hours later at which he and other police officials discussed plans for policing the election.

“(We have) one role, and that’s to keep people safe, to make sure anyone can come in and vote,” he said. “So there will be no incidences of police officers using their political opinions.”

Monahan and John Miller, the deputy commissioner of intelligence and counterterrorism, said there were no specific credible threats to the city regarding this election, not have any groups applied for protest permits.

The NYPD will deploy personnel to each of the city’s 88 early voting sites and 1,200 Election Day polling places, as required by law, and will have teams of officers ready to respond to election-related incidents, Monahan said.

“Everywhere people come to vote, no matter when — whether it’s Election Day, or early — if anyone tries to interfere with people’s vote, we will take action,” Monahan said. “That’s why we have police officers on the scene. We are impartial, but we will not allow anyone to interfere with any American’s right to come out and vote.”