Regional Murphy Tests Negative for COVID-19 But Will Isolate
CoronavirusRegional 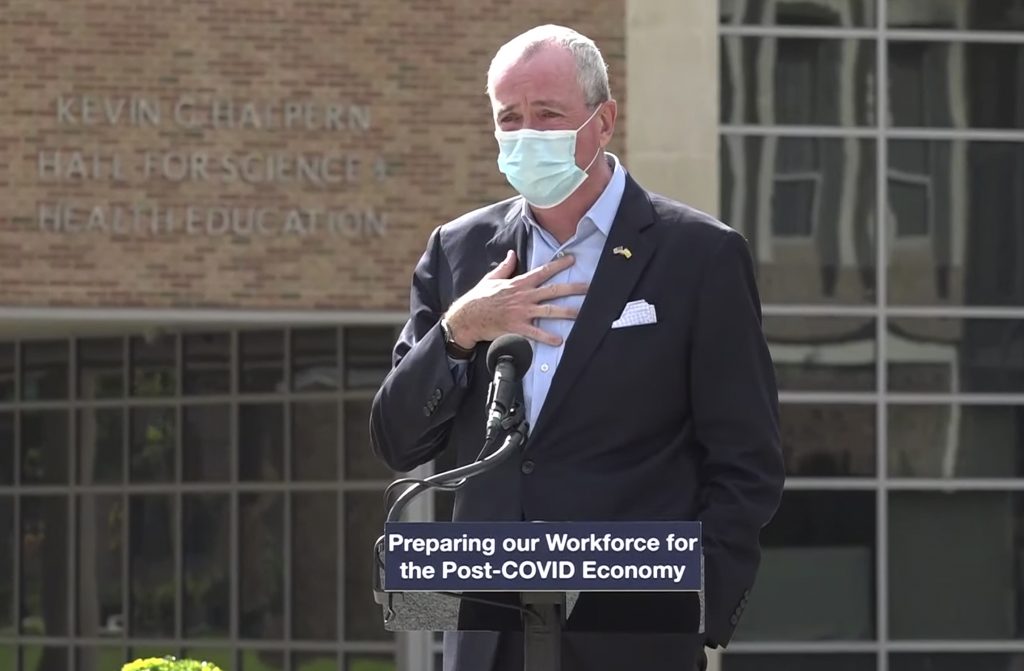 New Jersey Gov. Phil Murphy tested negative for COVID-19 Wednesday, his office said, just hours after he abruptly left an event, saying he just found out a person he was in contact with over the weekend tested positive for the virus.

Murphy, a Democrat, was speaking at a workforce development event his office organized with Democratic Rep. Donald Norcross at Camden County College when he said he had just learned a contact had tested positive.

“I will now unfortunately have to take myself off the field,” the governor had said. “I can’t ask President Trump not to come to Bedminster and do a fundraiser and have me sit here.”

Murphy was referring to President Donald Trump’s fundraiser at his Bedminster, New Jersey, golf club early this month, which occurred just hours before the president said he tested positive for the virus. Murphy earlier called the event irresponsible.

Murphy said the Monday negative test didn’t rule out possibly becoming infected over the weekend because of the incubation period of the virus.

Murphy’s office identified the person as Murphy’s deputy chief of staff. Gunaratna’s statement said he is quarantining at home.

“We have begun the contact tracing process to notify everyone who may have come into contact with our colleague during the potential infection window,” he added.

The governor and first lady will quarantine until the end of the weekend, and Gunaratna said and will take a test before resuming any in-person events.

Murphy began the event by taking off his mask and saying the participants agreed to take them off while speaking at the mic. When he returned to announce that he will quarantine, he kept the mask on.

The first-term governor’s departure from the event seemed to come as a surprise.

“There’s a first every day in this job,” Labor Commissioner Rob Asaro-Angelo said after Murphy thanked the attendees and walked away. “Governor, I hope you’re OK.”

New Jersey has had more than 222,000 positive cases and 14,438 deaths. The state’s daily coronavirus figures have doubled over the past month, state officials said earlier this week.