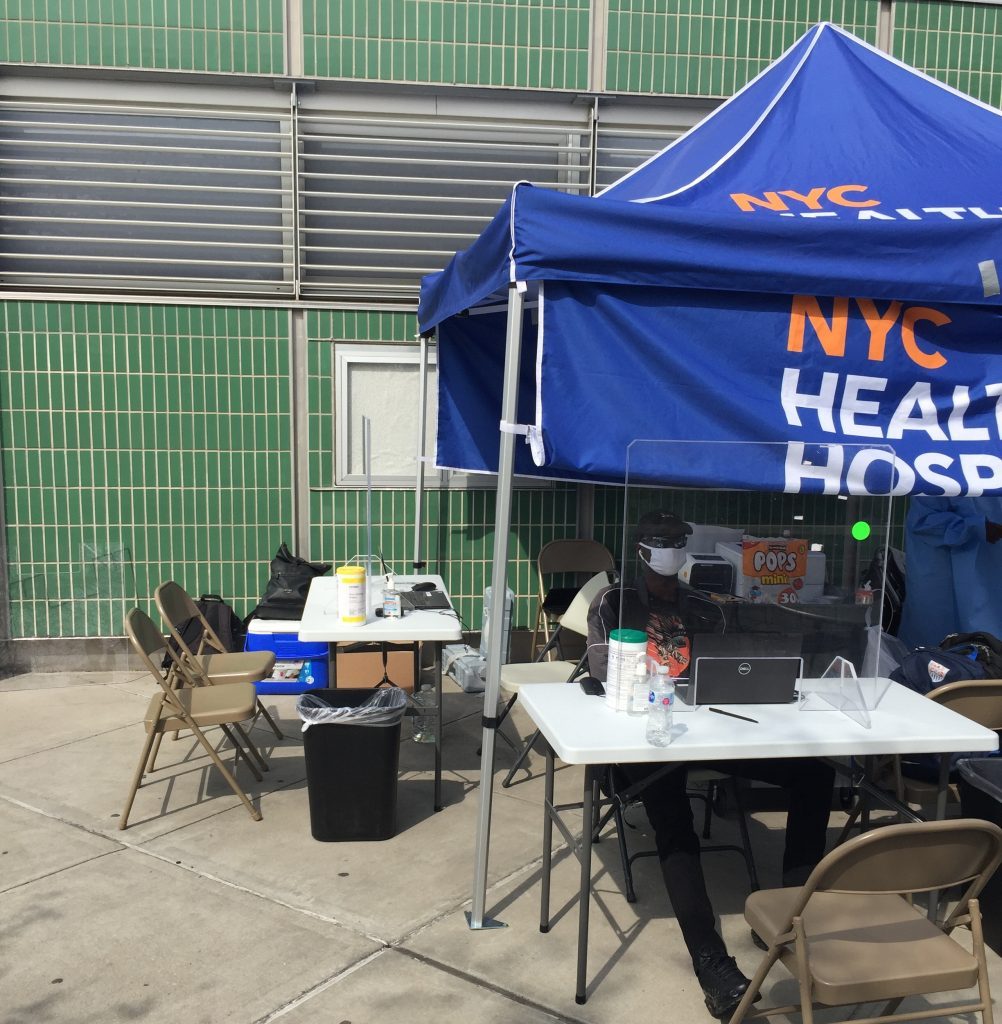 In a breakneck effort to lower its COVID positivity rate, protect residents’ health, and take the spotlight of state and city government off Boro Park, the community has engaged in a mass testing campaign over the past two weeks.

The drive to test thousands of citizens each day is being coordinated by the Boro Park Jewish Community Council (BPJCC) with the cooperation of nearly all of the community’s kehillos. Residents were urged to participate in the growing number of drives by a kol korei proclamation signed by several of Boro Park’s most prominent Rabbanim.

“Aside from the health risks of leaving cases undetected, the last few weeks has had terrible consequences for our community on many levels and under such a challenge its incumbent on us to do all the hishtadlus that we can to make the situation better,” said Avi Greenstein, CEO of the BPJCC. “We’ve seen that in other communities, once you start mass testing the positivity rate goes down and since we’ve started here the rate has already come down from 10 or 12 to somewhere around three or four. We’re not looking to play any games, just to show what the accurate numbers are and we are confident that if the whole community tests, the rates will continue to drop.”

Mr. Greenstein said that in addition to outreach through kehillos, mobile testing units have been set up around the neighborhood with a goal of testing 3,000 Boro Park residents each day.

Symptomatic COVID cases largely disappeared from the neighborhood that was especially hard hit during the virus’ initial outbreak, and it remained that way for over three months. In the interim, as testing became more available, few Boro Parkers took advantage of it, knowing that the community was relatively COVID-free.

However, as cases began to slowly tick up at the end of the summer and then quickly multiplied in the weeks leading up to Rosh Hashanah, many who experienced symptoms or were exposed to them came to doctors’ offices and urgent care centers for testing, producing many positive tests.

While in many other areas of the city, positive tests are placed in context by widespread testing among healthy people, in Boro Park the lack of such a practice produced an alarmingly high positivity rate. The metric quickly caught the attention of state and city officials eventually leading to the measures presently in place — closing schools and many businesses and placing strict limits on houses of worship.

Starting in earnest after Sukkos, after closures set in, and small and unorganized but at times unruly protests brought much negative attention to Boro Park, an effort was rolled out to encourage widespread testing, mostly working with individual kehillos to organize the effort. By regularly testing a wide slice of the community, organizers hope to produce consistently accurate metrics of the area’s positivity rates.

Berel Lefkowitz, an askan for the Satmar kehillah under the leadership of Satmar Rebbe Harav Zalman Leib Teitelbaum, shlita, said that his community has encouraged all of its members to test regularly and made COVID testing available multiple times each week in both the morning and evening in its beis medrash on 52nd Street as well as through its network of schools.

“This method has been proven in many communities and it is very likely that the way Williamsburg stayed out of getting labeled a red zone was through its mass testing campaigns,” Mr. Lefkowitz told Hamodia. “In a lot of places people were required by their employers to do weekly or bi-weekly testing and that’s how their numbers leveled out. We lagged behind on this, but now is the time for us to do all we can to catch up.”

Such testing drives encourage even those who have already had COVID and have tested for antibodies to test as health officials count their results, too, towards the total positivity rate. Very few incidents of re-infection have occurred in the community, but it is unknown exactly how rare the phenomenon is and for how long it will remain uncommon. Some studies have also cautioned that many secondary infections might be entirely asymptomatic, leading to greater concern that such individuals could inadvertently spread the virus if not tested.

“The government wants to make sure that whoever is positive knows about it so that they can isolate and prevent the spread of infection, which is something that we all have an obligation to do our part in,” said Mr. Lefkowitz.

While closures and negative media attention have put Boro Park’s COVID situation very much in the center of the city’s efforts to stave off a full-blown second wave, Dr. Moshe Kupferstein, head physician at ParCare’s Boro Park office, said that while he is still seeing a steady flow of symptomatic cases, the situation remains “manageable.”

“I have 20 patients on my schedule for today and many of them are probably COVID cases, so it is definitely out there, but even now that we would have seen any bump from Simchos Torah, I can’t say that there’s been a big increase,” he told Hamodia.

Dr. Kupferstein added that in his talks with Hatzolah members, their experiences in recent days pointed to significantly fewer hospitalizations.

In addition to treating and testing patients at its offices, ParCare has also been one of the many healthcare centers involved in facilitating mass testing at shuls and through kehillah institutions. Over the past week they have arranged testing for over 2,000 people and are working to reach even higher numbers.

Yet, as the campaigns picked up steam, they were met with mostly anonymous opposition in a series of posters and robo-calls touting various conspiracy theories and discouraging the public from participating the in the efforts.

“People spreading this misinformation are doing a disservice to the community and seem to have a goal of throwing us into a state of anarchy,” he said.

“The status quo of our community living under forced closures is a disaster and mass testing is the best way to remedy it. We have an absolute obligation to identify people who are positive and see that they are quarantined, lo saamod al dam rei’acha. And in terms of producing accurate metrics that we are convinced will help our community, we know that this works. That is why we see so much achdus here and so much support from all the askanim and Rabbanim who have analyzed the situat