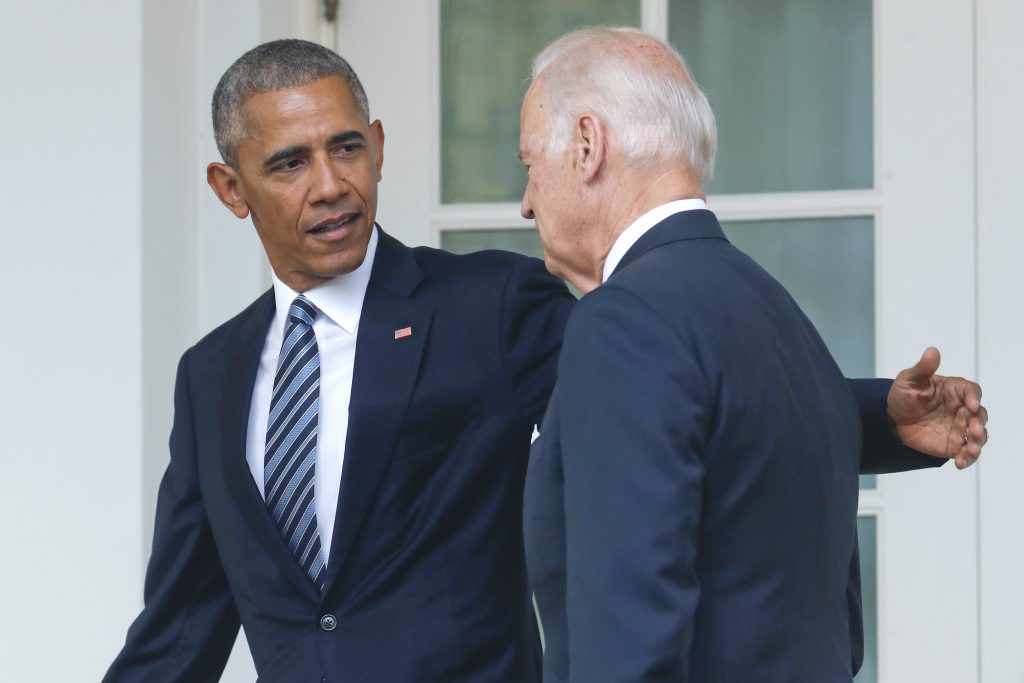 Former President Barack Obama will make his first appearance on the campaign trail on Wednesday for Democratic nominee Joe Biden, who is locked in a tight race with President Donald Trump in crucial states 13 days before the Nov. 3 election.

Obama, who served eight years in office with Biden as his vice president, will urge supporters to vote early for Biden and other Democratic candidates in the general election at an outdoor drive-in rally in Pennsylvania’s biggest city, Philadelphia, an aide to the former president said.

Trump will head to North Carolina, another crucial battleground state where polls show a tight race, to hold a rally with supporters on Wednesday evening.

The rare public appearance by Obama, a frequent target for Trump’s attacks and still one of the Democratic Party’s biggest stars nearly four years after leaving the White House, comes at a critical time.

Biden and Trump meet in their second and final debate on Thursday night, giving the Republican an opportunity to change the trajectory of a race that Biden is leading in national polls.

Biden’s campaign manager, Jen O’Malley Dillon, has warned staff and supporters she sees a far closer race in the 17 states the campaign considers battlegrounds than is suggested by the national polls showing a consistent lead for Biden.

“As President Obama has said, this is an all-hands-on-deck moment, and he looks forward to hitting the trail in person, socially distanced, since we’re just two weeks out from the most important election of our lifetimes,” the Obama aide said, speaking on condition of anonymity.

Biden regards his birthplace of Pennsylvania, a state Democrats narrowly lost to Trump in 2016, as a bellwether he must win. The former vice president has visited the state more than any other during the general election campaign.

Trump has gained ground on Biden in Pennsylvania, according to a Reuters/Ipsos poll released on Monday, which showed the challenger leading by 49% to 45%, slightly narrower than a week earlier.

“If we win Pennsylvania, we win the whole thing,” Trump said on Tuesday night at a rally in Erie, in Pennsylvania’s northwestern corner, where he warned supporters Biden’s policies would decimate the state’s energy and manufacturing jobs.

At least 35 million people already have cast ballots, according to the University of Florida’s U.S. Elections Project, more than a fourth of the total 2016 vote.

Trump, who has resumed a crowded schedule of campaign rallies since recovering from his recent bout with COVID-19, will appear on Wednesday night at an airport rally in Gastonia, North Carolina.

Democratic vice presidential nominee Kamala Harris also will be in North Carolina for voter mobilization events in Asheville and Charlotte.

A Reuters/Ipsos poll released on Tuesday showed Biden and Trump about even in that state, with Biden at 49% and Trump at 46%, within the poll’s credibility interval.

Obama‘s appearance on the campaign trail this week fills a gap left by Biden, who has stayed at home in Delaware since Monday for meetings and preparation ahead of the debate with Trump in Nashville, Tennessee.

Obama endorsed his former No. 2 publicly after Biden clinched the contentious Democratic nomination battle. He has since attended fundraising events for Biden, and delivered a major speech on Biden’s behalf at the party convention where the Democrat was nominated in August.

In-person campaigning has been upended in 2020 by the coronavirus pandemic, which has hit the United States particularly hard and turned traditional campaign rallies into a public health risk.