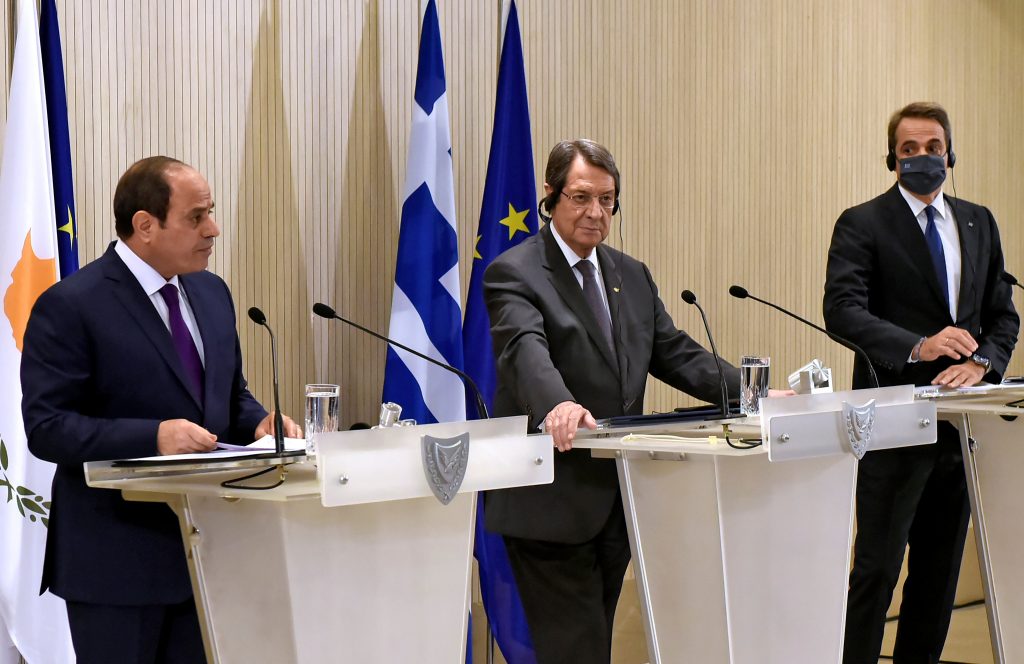 Greece urged the European Union on Wednesday to reconsider its customs union with Turkey in response to Ankara’s continued gas exploration in contested Mediterranean areas, deploring what it termed Ankara’s “imperial fantasies.”

“Turkey’s leadership has fantasies of imperial behavior with aggressive behavior from Syria to Libya, Somalia to Cyprus, from the Aegean to the Caucus,” he said.

The EU should also take note of Turkey’s ‘many violations’ of the EU-Turkey customs union accord, Mitsotakis said.

“It is not possible for a state, a third state, a country which is a candidate for EU membership, to be exempt from (customs) duties, to reap the benefits of the common market but at the same time threaten the eastern borders of the European Union,” he said.

Tensions between NATO allies Turkey and Greece over maritime boundaries have rekindled since August, when Turkey dispatched a seismic survey vessel to a disputed area. Ankara has also sent a drill ship to a position off the coast of ethnically split Cyprus.

The attempt to stake rival claims has also brought other players into the fray; Turkey and Libya agreed on sea boundaries last year, a pact which Athens says infringes its continental shelf.

This year Greece signed a deal outlining a maritime boundary with Egypt, infuriating Turkey which says it encroaches on its territory.

“We agreed on the need to address those escalatory policies that destabilize the region, and the need to coordinate with international partners to take appropriate measures to maintain regional security requirements,” Sisi said.