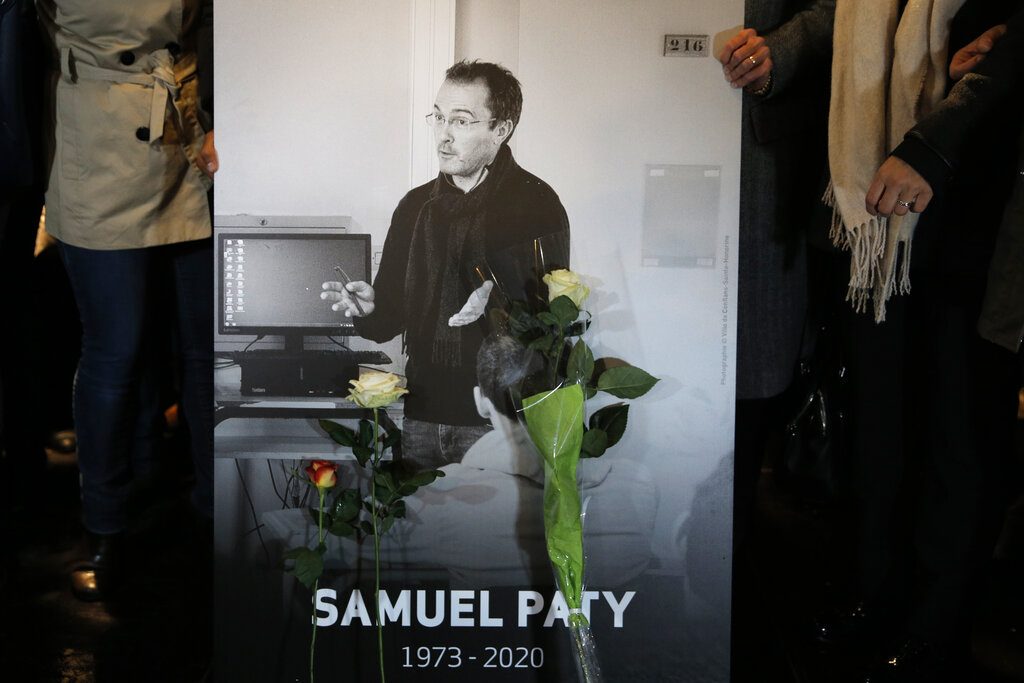 The French government issued an order Wednesday to dissolve a domestic Islamic terror group after the killing last week near Paris of a teacher who had shown students caricatures of the founder of Islam.

Government spokesperson Gabriel Attal said the Collective Cheikh Yassine group was formally banned during a Cabinet meeting because it was “implicated, linked to Friday’s attack” and it was used to promote anti-republican hate speech. Other groups will be dissolved “in the coming weeks” for similar reasons, Attal said.

He also confirmed that the government ordered a mosque in the northeast Paris suburb of Pantin to close for six months.

A terror investigation is underway into teacher Samuel Paty’s slaying. Authorities have identified the killer as Abdoullakh Anzorov, an 18-year-old Moscow-born Chechen refugee who was later shot dead by police.

A judicial official said that seven people who were detained as part of an investigation into the murder, including two minors, were to go before an investigating magistrate later Wednesday for eventual preliminary charges.

The seven were among 16 people, including five adolescents, initially detained for questioning. Nine are being released. The official was not authorized to be quoted by name.

Named after a slain leader of the Hamas terrorist organization, Collective Cheikh Yassine was founded in the early 2000s by a man who is among the individuals detained for questioning in the teacher’s killing.

Interior Minister Gerald Darmanin said on French news broadcaster BFMTV that the person in question helped disseminate a message that called for mobilization against the teacher. The message, prepared by a student’s father, was part of what increasingly appeared to be a case turning in part on a spiraling fever on social media among some Muslim individuals or groups.

The Pantin mosque is being punished for relaying the angry father’s message on social media. The father quoted his 13-year-old daughter as saying the teacher had asked Muslims to leave the classroom — a version that was contested by Paty himself, according to media reports.

Authorities say the mosque has long had an imam following the Salafist path, a rigorous interpretation of the Muslim holy book.

On Tuesday evening, thousands of people gathered to honor Paty where he was beheaded as he left school in Conflans-Sainte-Honorine, northwest of Paris. A national memorial event is scheduled to be held Wednesday evening in the courtyard of the Sorbonne university.