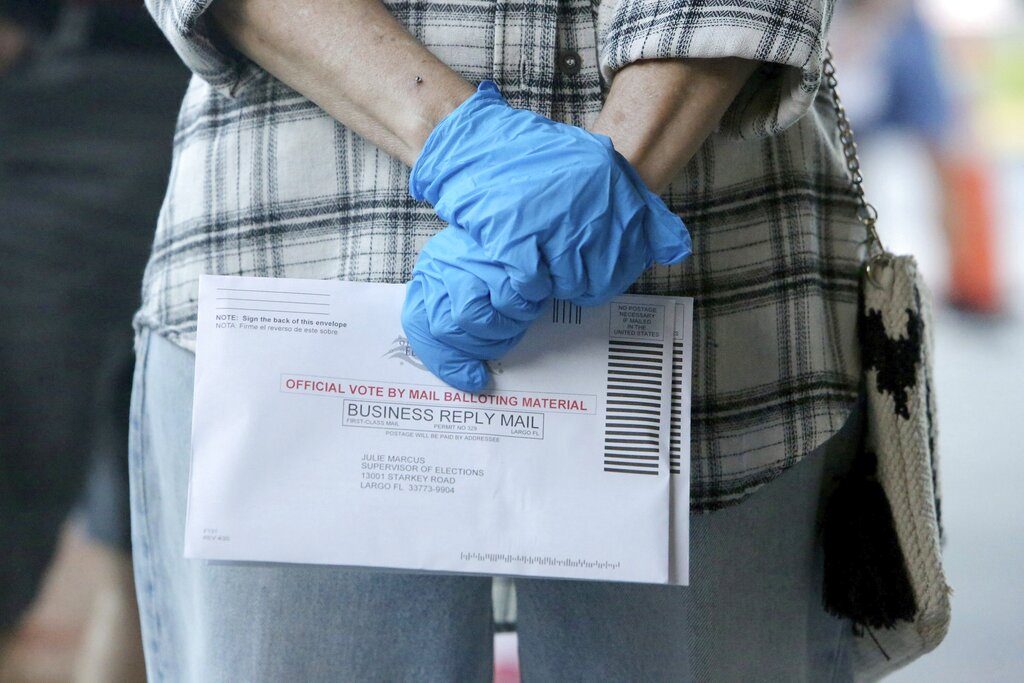 Latricia Robinson donned a surgical mask and marched into the Pinellas County Supervisor of Elections office on a recent day to drop off her ballot, one of more than 135,000 people in the Florida county to vote early so far this election season.

The 48-year-old St. Petersburg resident said the pandemic, racial tension and the harsh overall tenor of politics all weighed heavily on her this year. “This is the first time I’ve seen the world in such an uproar,” she said after voting for Democratic presidential candidate Joe Biden. “We’re in chaos, and that’s not the way to go.”

As the campaign enters its final two weeks, Florida has again emerged as a critical state, and Pinellas, one of the largest counties in the state, is one of those places likely to track the final outcome.

“It is certainly a barometer of the broader trends,” said Daniel Smith, a political science professor at the University of Florida. “It’s a dynamic county. It’s a good place to be watching the returns.”

Perched on the western tip of Florida’s famed Interstate 4 corridor, Pinellas is hard to categorize as its voters straddle the liberal-conservative divide. Democrat Barack Obama won the county twice, but then voters turned to Republican Donald Trump, by a mere 5,500 votes, and Pinellas was the largest of only four counties in the state to switch from Obama to Trump.

In 2018, Pinellas voted for Democrat Andrew Gillum for governor and Bill Nelson for Senate. Both lost.

Part of the reason it’s so hard to capture the mood of the electorate here is because it’s really three distinct regions in one. Pinellas is a peninsula, sandwiched between the Gulf of Mexico and Tampa Bay, and is the most densely populated county in the state. There are just over 713,000 registered voters, with slightly more Democrats registered than Republicans. No Party Affiliation voters come in a close third.

The pandemic — and its associated economic implications — is probably the top issue of most voters this year, especially among Democrats, who hold a slight advantage in terms of registered voters, Paulson said.

“Pinellas has been hit harder by the virus than other counties in other states,” he said. “Democrats are keeping focus on that issue. The whole state of Florida’s economy is based on tourism, and it’s no different in Pinellas.”

About 23,000 people have been diagnosed with the coronavirus in the county, according to state statistics, and there have been just under 800 deaths, the majority of them elderly people.

But some Republicans in Pinellas think Trump’s done a great job with the pandemic and believe there are many who will support him.

Down-ballot candidates for state House seats say voters they’ve spoken with talk nonstop about the pandemic, but also say that they might split the ticket when voting for president and other seats.

Matt Tito, a Republican statehouse candidate in St. Petersburg, said, “I can’t predict which way it will go.”

There’s one thing everyone can agree on: Keep an eye on Pinellas on election night because it just might pick the presidential winner as it reflects the nation’s deeply divided mood.