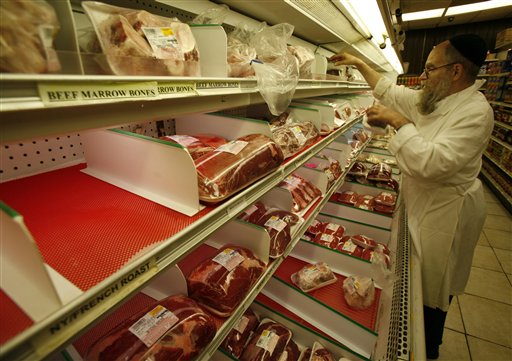 As Poland’s robust kosher and halal meat export industries remains in the crosshairs, a new provision to the bill that threatens to ban its operation has been passed by the Senate, which would delay its implementation until 2025. Advocates for the country’s small Jewish and Muslim communities support the measure, hoping that time will provide opportunities to protect religious slaughter methods before producers are forced to leave the country.

The measure is part of broad legislation aimed at protecting animal welfare. Its key sponsor, Jaroslav Kaczyński, head of the ruling Law and Justice party (PiS), is one of Poland’s most powerful political figures and is known for his support of strong measures to protect animals.

The original bill called for the ban to go into effect in 2022. The new version, which contains the amendment delaying implementation, must now be voted on by Poland’s lower legislative house. If approved, it would then go to the President to be signed, vetoed, or presented to the nation’s high court for review.

The bill protects the legality of shechitah for Poland’s small Jewish community, but it would shut down an export industry that has become one of the major sources of kosher beef for Eretz Yisrael and much of Western Europe. Together with the export of halal meat, the business brings in an estimated $1.8 billion annually.

One argument offered for the delayed implementation was to stave off ill effects to Polish cattle farmers during an economic downturn brought on by the COVID pandemic. The farmers have joined religious minority communities in voicing strong opposition to the measure.

The bill’s trajectory and efforts to lobby against it have been complicated by splits within both PiS and the main opposition party, making it the object of political wrangling between warring factions.

Chief Rabbi of Poland Michael Schudrich said that he was hopeful the delay would be accepted, which would allow more time for discussion and possibly for national or EU courts to find the measure out of step with laws to protect religious freedoms.

“At this point, it’s very far from being good or bad news,” Rabbi Schudrich told Hamodia. “I think it is reasonable to say this is not the right time to close down a major industry and that will give us opportunities to defend it and to protect the integrity of shechitah.”