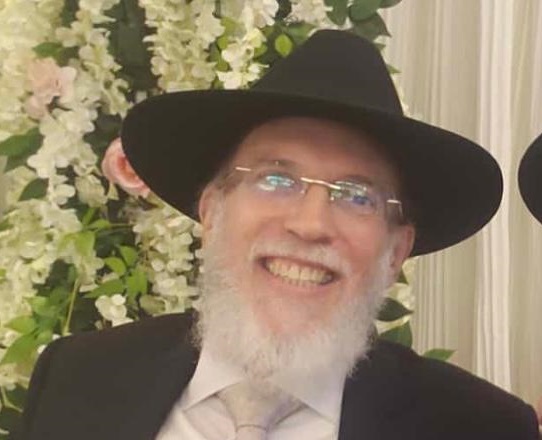 Hamodia is saddened to report the petirah of Rabbi Yosef Weiss, z”l, Menahel of Yeshiva Shaagas Aryeh of Lakewood. He was 59 years old.

Rabbi Weiss was born in Brooklyn, and learned under Harav Meir Hershkowitz, shlita in Yeshiva of Adelphia and later in Yeshiva Bais Binyomin of Stamford.

He would travel each Elul to Manchester, England to stay with the Rosh Yeshiva, Harav Yehudah Zev Segal, zt”l, and developed a close relationship with him. Eventually, Rabbi Weiss published a sefer with the shmuezen of the Manchester Rosh Yeshiva and collaborated on the biography on the Rosh Yeshiva.

For many years, Rabbi Weiss served as a rebbi in Yeshiva Ohr Chadash of Lakewood, where he was admired as a role model by all his talmidim.

Rabbi Weiss was the author of the Visions of Greatness series published by CIS.

For many years, he served as Menahel of Yeshiva Shaagas Aryeh, where he was beloved by parents and talmidim alike. He took particular pleasure in seeing to it that the talmidim enjoy their limud haTorah and Yiddishkeit, and would beam with pride as he distributed prizes for their accomplishments.

He was a source of counsel for many, and made every effort to help anyone whose path he crossed.

Rabbi Weiss was stricken with a dreaded disease yet maintained his steadfast emunah as he battled his illness.

The levayah is scheduled for 1:30 PM in the Lake Terrace parking lot and the kevurah will be in Lakewood.