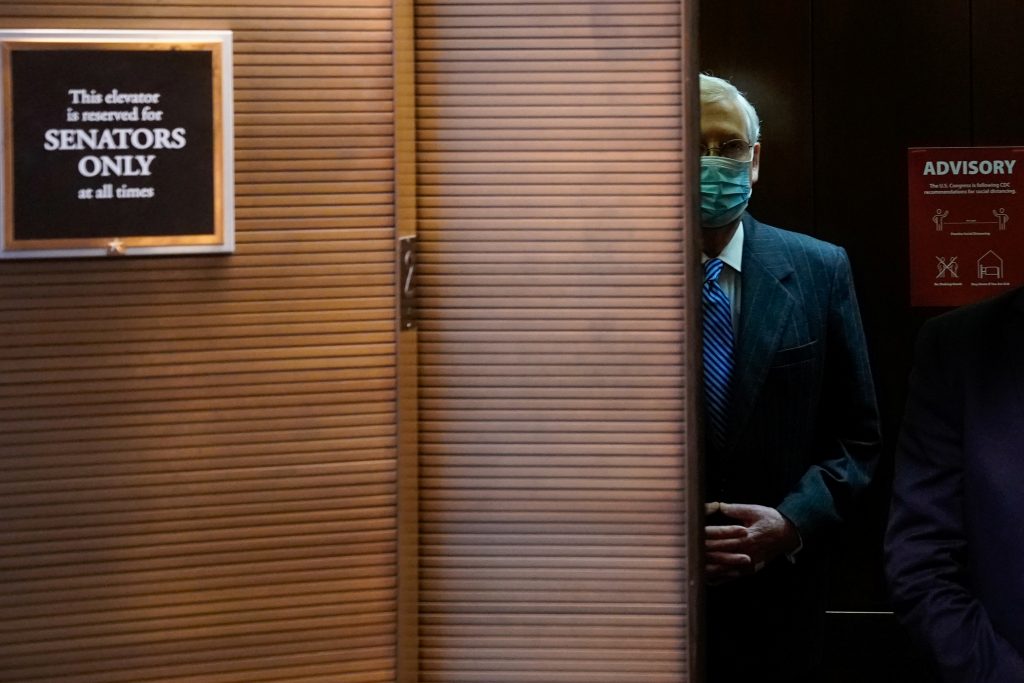 The battle over a hefty new coronavirus aid bill was set to spill into Wednesday as the White House and Democrats try to strike a deal before the Nov. 3 presidential and congressional elections, now with the encouragement of President Donald Trump.

Plenty of hurdles remained, however, not the least of which was the overall price tag of a bill that could be in the range of $2.2 trillion, the number Democrats had been pushing for months.

Reports that Senate Majority Leader Mitch McConnell would resist fast action further muddied the outlook and potentially put him at odds with Trump on an effort that is a high priority for American voters.

Despite Trump’s insistence that his fellow Republicans in Congress would fall in line behind a big bill, there were no signs yet that those lawmakers would go along with anything costing more than around $500 billion.

House of Representatives Speaker Nancy Pelosi, the nation’s top Democrat, and Treasury Secretary Steven Mnuchin were slated to continue their negotiations on Wednesday.

Renewed direct payments to households and expanded unemployment insurance were among the provisions being discussed.

In a Twitter posting on Tuesday, Pelosi Deputy Chief of Staff Drew Hammill wrote: “On several open questions, the Speaker and the Secretary called for the (congressional) committee chairs to work to resolve differences about funding levels and language.”

Meanwhile, a senior Senate Republican aide late on Tuesday told Reuters that McConnell does not want to bring a large coronavirus aid bill to the Senate floor before Nov. 3.

The Washington Post reported that McConnell told his fellow Republicans that a deal on a package now could threaten his plans to rapidly move Amy Coney Barrett’s Supreme Court nomination through the full Senate next week.

A McConnell spokesman did not respond to a request for comment.

Nonetheless, Trump, who is lagging in his re-election bid according to national public opinion polls, told Fox News on Tuesday that he wanted an even bigger relief bill than what the Democrats were advocating.

Pelosi told reporters in the U.S. Capitol that she hoped for progress on a bill by week’s end, although she later wrote in a letter to her fellow Democrats of the possibility of a deal “before the election.”

The United States has recorded more than 8.2 million cases of coronavirus and more than 220,000 people have died, the highest death toll in the world.

Despite more than $3 trillion in economic and health-care aid provided by Washington since early this year, the U.S. economy has lost millions of jobs as business operations have been severely curtailed in an attempt to contain the virus.

As the Pelosi-Mnuchin negotiations continue, the Senate was scheduled to vote on a $500 billion Republican aid plan that already was rejected last month and is expected to face the same fate on Wednesday.

White House Chief of Staff Mark Meadows told CNBC on Tuesday that while progress was achieved, there still was “a ways to go” to get a deal.