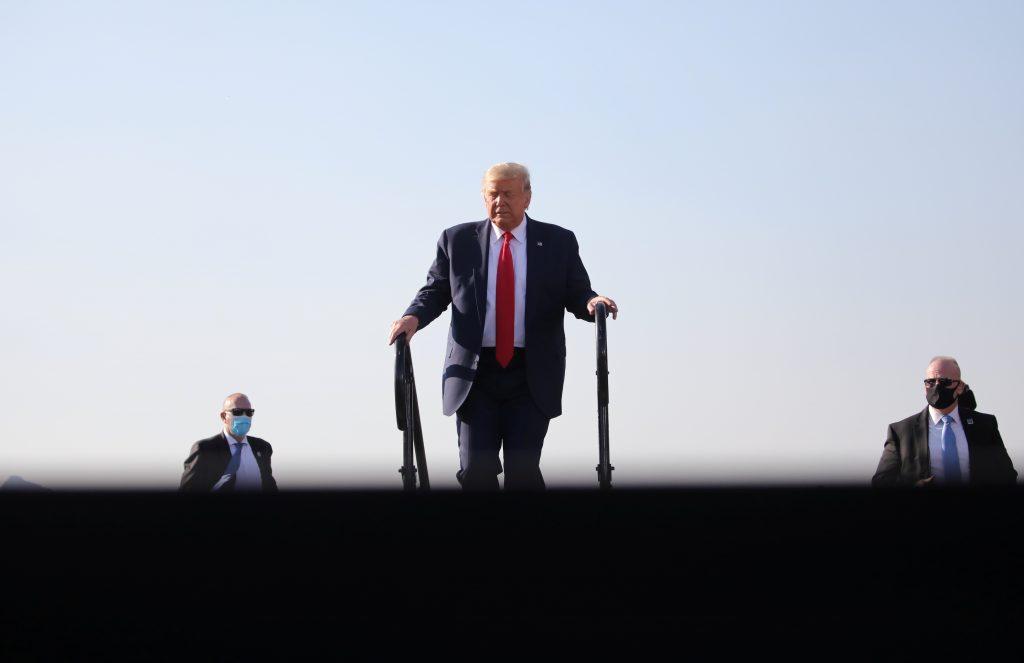 President Donald Trump on Tuesday pushed for a comprehensive COVID-19 relief package, saying he would accept a deal worth more than $2.2 trillion despite opposition to large spending measures among his fellow Republicans in the Senate.

“I want to do it even bigger than the Democrats,” Trump said in an interview with Fox News, as talks between House of Representatives Speaker Nancy Pelosi and Treasury Secretary Steven Mnuchin approached a Tuesday deadline for reaching a bipartisan deal that could pass Congress before Election Day on Nov. 3.

The White House has proposed $1.8 trillion in coronavirus relief, while Pelosi is pushing for $2.2 trillion.

Senate Republicans have repeatedly stated their opposition to additional COVID-19 relief spending near the $2 trillion mark and have focused instead on smaller initiatives.

Republicans prepared to bring up legislation on Tuesday to help small businesses slammed by the coronavirus pandemic, which has infected more than 8.2 million Americans, killed over 220,000 and thrown millions out of work.

Trump predicted that Senate Republicans would fall in line if Mnuchin and Pelosi reach a bipartisan deal.

“Not every Republican agrees with me, but they will,” he said. Trump added he specifically expects support from Republican Senate Majority Leader Mitch McConnell: “He’ll be on board if something comes.”

Trump said he would be willing to accept a deal passed mainly with Democratic support: “I’d take all the votes you could get, whether it’s Democrat or Republican … I’m O.K. with that.”

Pelosi and Mnuchin, who have been negotiating intermittently since August on a fresh coronavirus aid plan, planned to speak again on Tuesday.

Any new stimulus would be in addition to $3 trillion in coronavirus relief that Congress approved earlier this year.

Senate Republicans will propose on Tuesday a new round of funding just for the Paycheck Protection Program, a popular program that was launched earlier during the pandemic with bipartisan support to provide loans to small businesses. The measure is not expected to advance, because Senate Democrats have already given notice they consider such targeted efforts inadequate.

McConnell said the Senate also plans a vote on Wednesday on a $500 billion-plus Republican proposal to include unemployment benefits and aid to schools. It would provide people with $300 in federal weekly unemployment benefits, while the Democrats want to return to the $600 weekly level in a measure approved earlier this year.