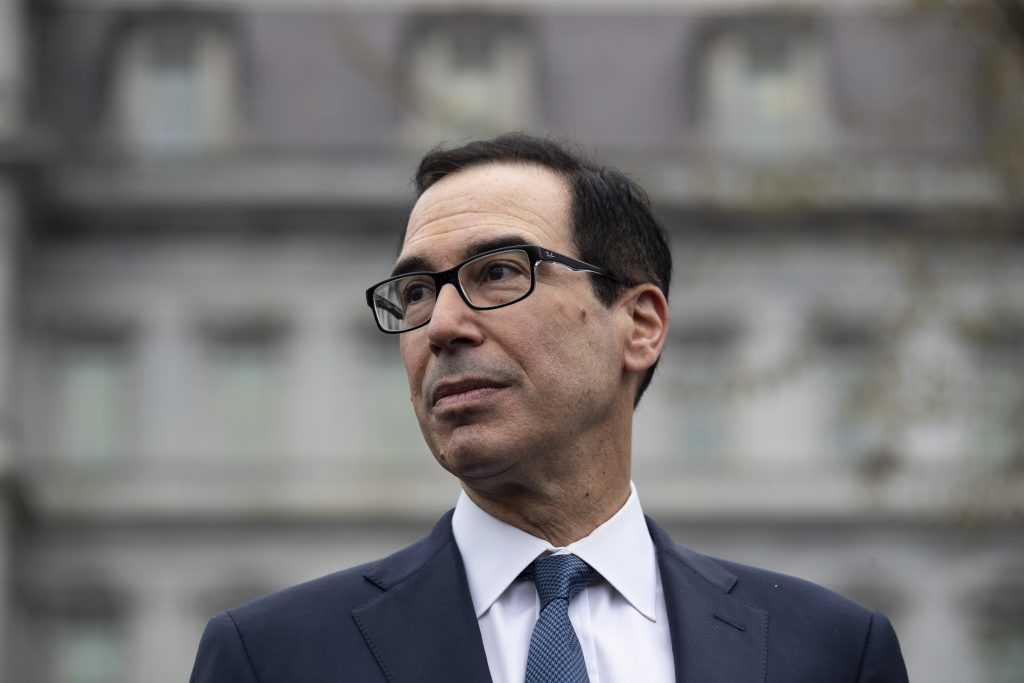 Senate Republicans are preparing to bring up legislation on Tuesday to replenish a program that helps small businesses slammed by the coronavirus, as House Speaker Nancy Pelosi and Treasury Secretary Steve Mnuchin discuss a larger stimulus package.

Pelosi and Mnuchin, who have been negotiating intermittently since August on a fresh coronavirus aid plan, plan to speak again on Tuesday after they “continued to narrow their differences” in a nearly hour-long call Monday, Pelosi‘s spokesman, Drew Hammill, wrote on Twitter.

Pelosi, the top elected U.S. Democrat, has set the end of the day Tuesday as a deadline for agreement with the White House, if a comprehensive coronavirus relief bill is to get through both chambers of Congress before Election Day on Nov. 3.

President Donald Trump’s administration has proposed $1.8 trillion, while Pelosi has been pushing for a $2.2 trillion aid and stimulus package. That is in addition to the $3 trillion in coronavirus relief Congress already approved in the spring.

While Pelosi said on Sunday she was optimistic a deal could be reached on a fresh package, and a spokeswoman said Monday the White House was also “cautiously optimistic,” optimism was in shorter supply in the Republican-run Senate, where many Republicans oppose passing more coronavirus aid.

A senior Senate Republican, John Thune, expressed doubt Monday that there would be enough Senate Republican votes to pass a comprehensive bill as large as the White House bid of $1.8 trillion.

Instead, Senate Republicans will propose on Tuesday a new round of funding just for the Paycheck Protection Program, a popular program that was launched earlier in the pandemic with bipartisan support to provide loans to small businesses.

The measure is not expected to advance, because Senate Democrats have already given notice they consider such targeted efforts inadequate.

McConnell said the Senate also plans a vote on Wednesday on a $500 billion-plus Republican proposal to include unemployment benefits and aid to schools. It would provide people with $300 in federal weekly unemployment benefits, while the Democrats want to return to the $600 weekly level in a measure approved earlier this year.