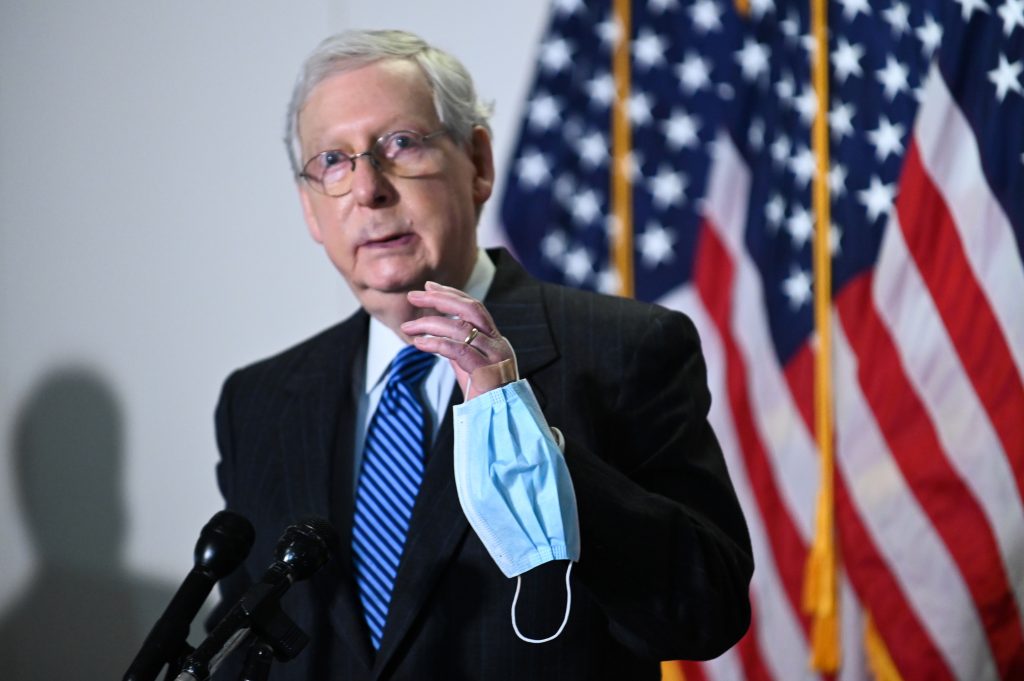 Wasting no time, the Senate is on track to confirm Judge Amy Coney Barrett to the Supreme Court by next Monday, convening a rare weekend session as Republicans push to install President Donald Trump’s pick before Election Day.

Senate Majority Leader Mitch McConnell said he will begin the process as soon as the Senate Judiciary Committee wraps up its work Thursday. With a 53-47 Republican majority, and just two GOP senators opposed, Trump’s nominee is on a glide path to confirmation that will seal a conservative hold on the court for years to come.

McConnell said Monday that Barrett demonstrated over several days of public hearings the “sheer intellectual horsepower that the American people deserve to have on the Supreme Court.”

Without the votes to stop Barrett’s ascent, Democrats have few options left. They are searching for two more GOP senators to break ranks and halt confirmation, but that seems unlikely.

The Senate Judiciary Committee is set to meet Thursday to vote on recommending Barrett’s nomination to the full Senate.

By Friday, procedural votes are expected, continuing over the weekend as Republicans push through the steps for a final vote to confirm Barrett as soon as Monday.

The 48-year-old appellate court judge from Indiana delivered few specific answers during several days of public testimony as senators probed her pro-life views, the Affordable Care Act and other issues before the court. She declined to say whether she would recuse herself from cases involving the election between Trump and Democrat Joe Biden.

Trump has said he wants the judge seated in time to hear any potential disputes from the Nov. 3 election.

If confirmed, Barrett would be Trump’s third justice on the court. She would fill the vacancy from the late Ruth Bader Ginsberg, the liberal icon, locking in a 6-3 conservative majority on the high court.