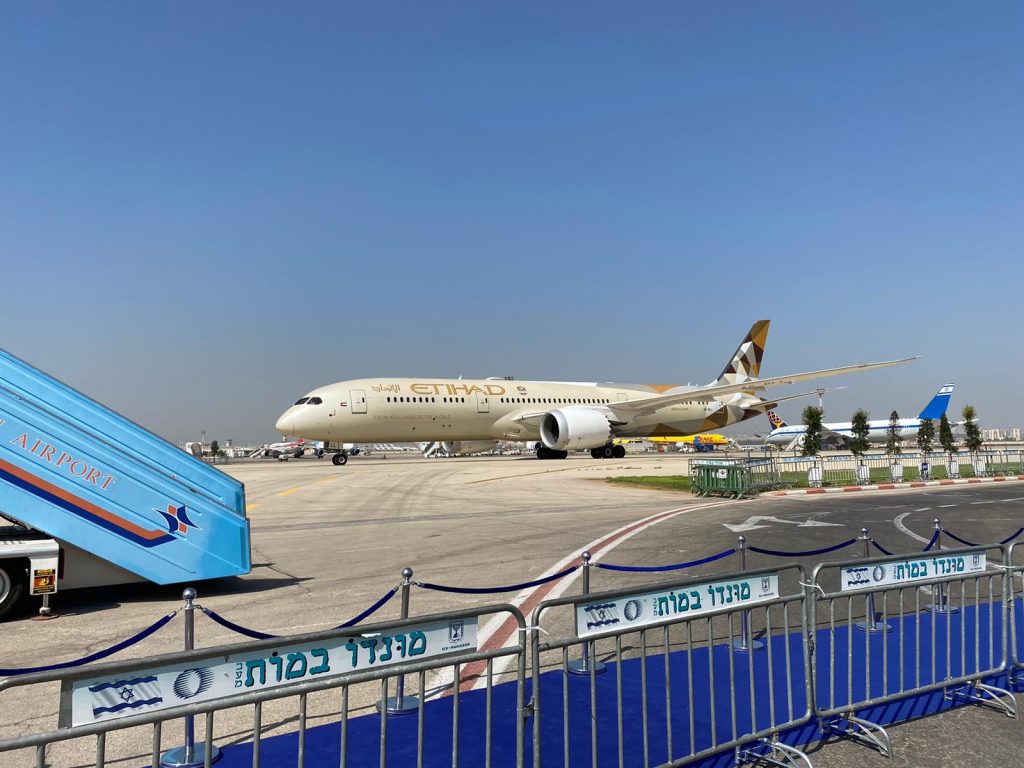 The five-hour visit would be restricted to the airport near Tel Aviv, due to coronavirus concerns, Israeli organizers said.

The UAE and fellow Gulf state Bahrain in September became the first Arab states in a quarter of a century to sign deals to establish formal ties with Israel, a move that Washington and its allies have said would foster regional peace and stability but which has been rejected by the Palestinians.

“This is an historical moment for the UAE country and Israel and we are looking forward to salaam (peace) … in the region,” one of the Etihad pilots could be heard saying in a video posted online by U.S. Middle East envoy Avi Berkowitz.

The U.S. officials had on Sunday joined an Israeli delegation to Bahrain for a signing ceremony to formalize ties.

Israel and the UAE have already signed several commercial deals since mid-August, when they first announced they would establish full relations.

Israeli officials said the two sides were expected to sign a mutual visa-exemption agreement – Israel‘s first with an Arab country.

“We are making history in a way that will stand for generations,” Netanyahu said.

“I think that the visit of such a high-level delegation from the UAE… will show our peoples, the region and the entire world the benefit of having friendly, peaceful and normal exchanges.”

At the ceremony marking the arrival of the delegation, U.S. International Development Finance Corporation head Adam Boehler said that the United States, Israel and the United Arab Emirates will set up a fund to encourage private-sector investment and regional cooperation. Boehler envisaged funding to enable the modernization of Israeli-operated checkpoints.