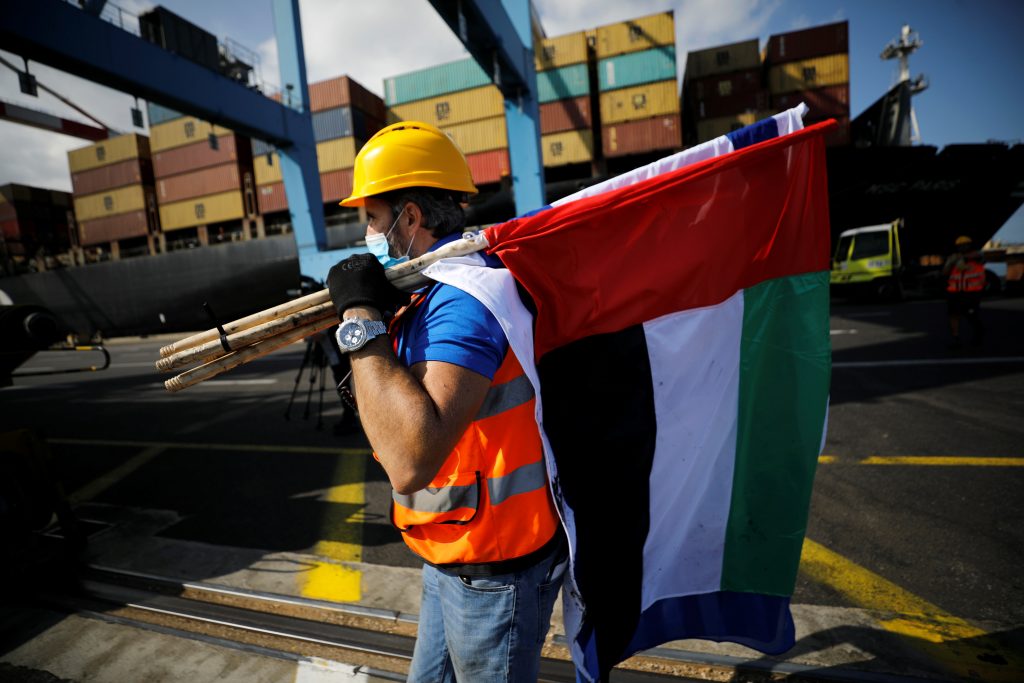 The cabinet of the United Arab Emirates on Monday approved an agreement to establish full diplomatic relations with Israel that was signed in Washington last month, ahead of the first official visit by a UAE government delegation to Israel.

The UAE and fellow Gulf state Bahrain in September became the first Arab states in a quarter of a century to sign agreements to establish formal ties with Israel, forged largely through shared fears of Iran.

A cabinet statement said the Abraham Accord would be “an avenue of peace and stability to support the ambitions of the region’s people, and enhance efforts for prosperity and advancement, especially as it paves the way for deepening economic, culture and knowledge ties.”

Israel had ratified the deal in a cabinet vote and a parliamentary vote last week.

A UAE government delegation is due to visit Israel on Tuesday, accompanied by U.S. officials who arrived in Abu Dhabi on Monday from Bahrain, where they had joined an Israeli delegation on a trip to Manama to sign a communique formalizing nascent ties.

Israel and the UAE have already signed several commercial deals since mid-August, when they first announced they would normalize ties.

On Monday, they reached a bilateral agreement that will give incentives and protection to investors who make investments in each other’s countries.