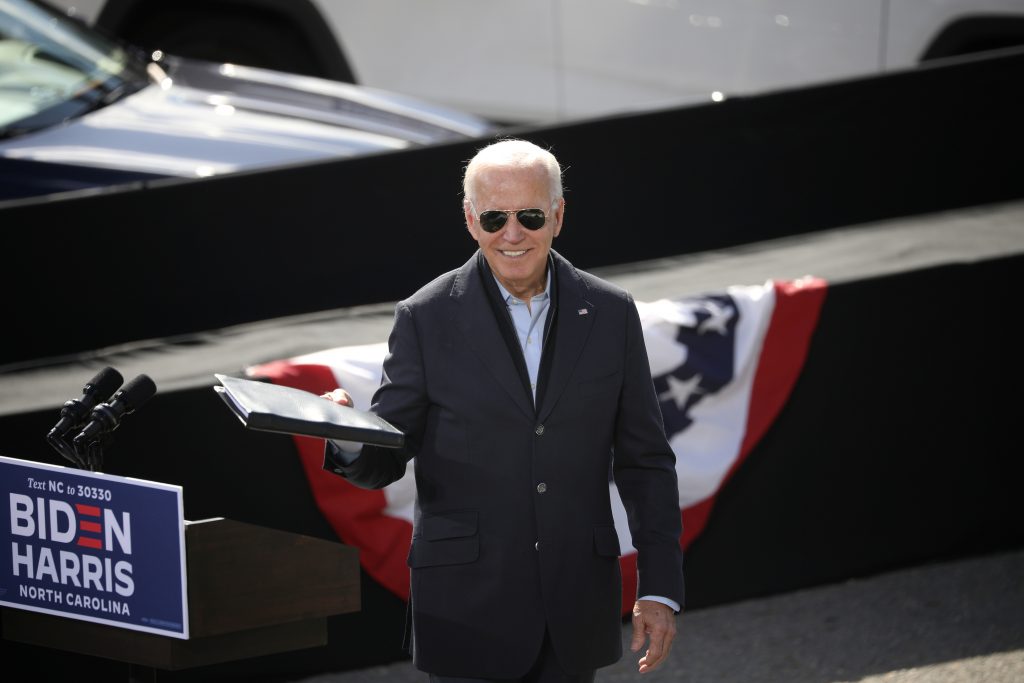 Early voting began on Monday in Florida, a battleground state that could decide the Nov. 3 presidential election, while a record 28 million Americans already have cast ballots nationwide with barely two weeks remaining in the U.S. campaign.

President Donald Trump will visit Arizona on Monday after holding a rally in Nevada on Sunday and urging his supporters to vote amid signs that Democrats are leading the surge in early voting.

His Democratic challenger Joe Biden, who campaigned on Sunday in North Carolina, another state that could favor either candidate, will spend the day at his home base in Delaware, while his running mate, U.S. Senator Kamala Harris, heads to Florida to encourage supporters to vote early.

On Monday morning, voters lined up outside polling places across Florida to cast their ballots. Hundreds of people, most wearing face masks, stood in pouring rain outside the public library in Coral Gables, a majority-Hispanic city near Miami.

Florida is widely seen as a must-win for Trump, whose path to victory becomes razor-thin if he loses the southern state. The state’s prize of 29 electoral votes is tied with New York for third most, behind only California and Texas, in the race for the 270 Electoral College votes that determine the presidential winner under the U.S. system.

An Oct. 7-14 Reuters/Ipsos survey of the state showed Biden with 49% of the support and Trump 47%, within the survey’s credibility interval of 4 percentage points.

Both campaigns have poured advertising money into Florida, although Biden, who has significantly outraised Trump since the summer while setting consecutive monthly records for a U.S. candidate, has outspent his Republican rival.

Harris, who was given a clean bill of health after an aide tested positive for COVID-19, will participate in early-vote rallies in Orlando and Jacksonville, the campaign said.

Trump will stage rallies first in Prescott and later in Tucson, Arizona, another battleground, or swing, state.

The 27.9 million Americans who already have voted either by mail or in person, according to the U.S. Elections Project at the University of Florida, is a far greater number at this point in the campaign than in previous years.

Democrats account for 55% of the 10.9 million ballots cast in states that report party registration data, compared with 24% for Republicans.

At a rally in Carson City, Nevada, on Sunday, where voting began the day before, Trump implored his supporters to “get out and vote” to help him flip a state that he lost narrowly to Democratic nominee Hillary Clinton in 2016.

In North Carolina, where 1.4 million, or 20%, of the state’s registered voters had voted as of Sunday morning, Biden urged residents to vote as soon as possible, and attacked Trump for saying the country had “turned the corner” on the pandemic.

“Things are getting worse, and he continues to lie to us about circumstances,” said Biden, who will debate Trump for a final time on Thursday in Nashville, Tennessee.