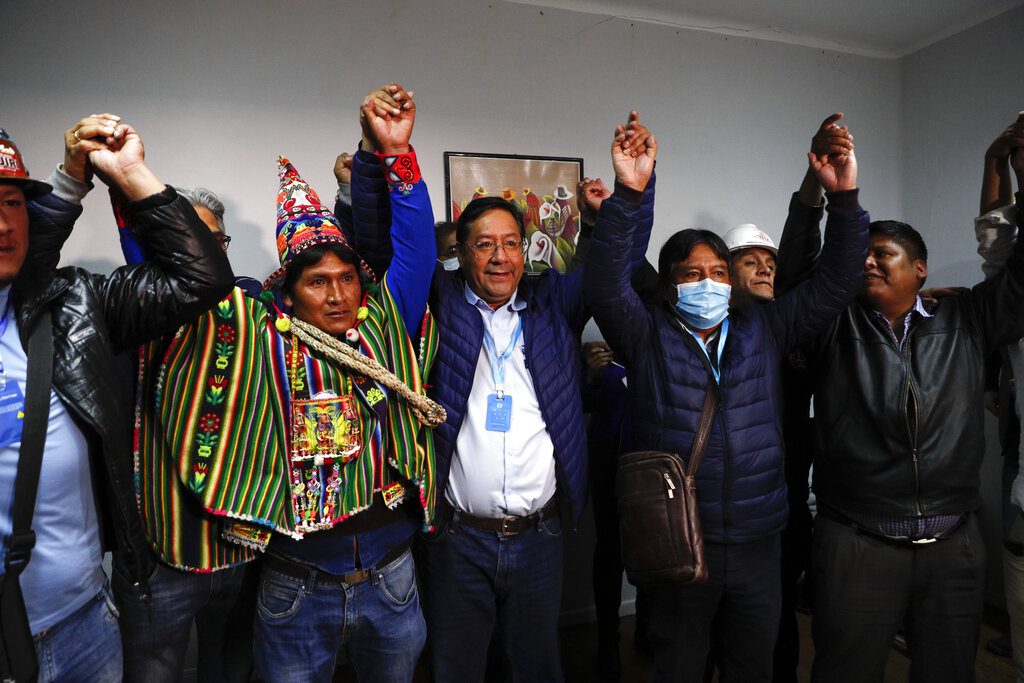 More than nine hours after polls closed, barely 6% of all ballot boxes had been counted and they showed Morales’ handpicked successor, Luis Arce, trailing a conservative rival.

But with a private quick count of sampled polling stations favoring Arce by a wide margin, even interim President Jeanine Áñez — an archrival of Morales — recognized that the socialist movement looked set to return to power in what looked to be a major jolt to South America’s beleaguered left.

Bolivians have long been accustomed to quick preliminary results in presidential elections. But after allegations of fraud and days of unrest marred last year’s ballot, newly installed electoral authorities had been appealing for patience, reminding voters that they have up to five days to declare a winner.

While voting was peaceful, the long wait Sunday night for results fueled speculation that something was awry. Adding to intrigue, publication of two exit polls was also withheld after private pollsters said they didn’t trust their own survey results.

Morales, in exile in Argentina, broke the tense silence by declaring Arce the winner. Later, two pollsters said a quick count of official tally sheets at select polling stations showed Arce had garnered more than 50% of the votes, compared to 31% for former President Carlos Mesa, the top finisher of four rival candidates.

“We’ve recovered our democracy,” Morales said in a brief public remark. “Lucho will be our president.”

Appearing a few minutes later, Arce appealed for calm, saying he would seek to form a government of national unity.

“I think the Bolivian people want to retake the path we were on,” Arce declared around midnight surrounded by a small group of supporters, some of them in traditional Andean dress in honor of the country’s Indigenous roots.

Arce, who oversaw a surge in growth and reduction in poverty as Morales’ economy minister for more than a decade, would face an uphill battle trying to jumpstart growth this time.The coronavirus, which led authorities to postpone Sunday’s election twice, has hit the impoverished, landlocked Bolivia harder than almost any other country on a per capita basis. Nearly 8,400 of its 11.6 million people have died of COVID-19.

The Trump administration, which celebrated Morales’ departure as a watershed moment for democracy in Latin America, has been more cautious as Morales’ handpicked successor surged in the polls. A senior State Department official this week said the U.S. is ready to work with whomever Bolivians select in a free and fair vote.