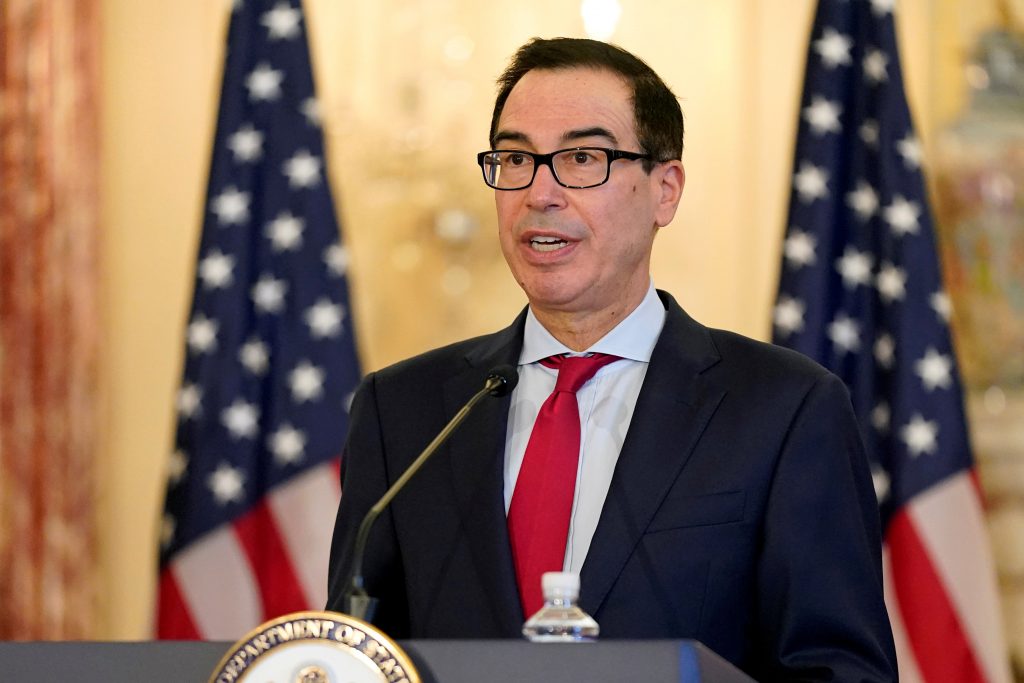 Pelosi hopes that by the end of Tuesday there will be “clarity” on whether a coronavirus stimulus bill can be passed before the Nov. 3 elections, Hammill wrote. He said Pelosi and Mnuchin will talk again on Tuesday, and staff work on the matter will continue “around the clock.”

Pelosi, the top elected U.S. Democrat, said on Sunday that differences remained with President Donald Trump’s administration on a wide-ranging coronavirus relief package but that she was optimistic legislation could be pushed through before Election Day. But she said an agreement would have to come by the end of Tuesday for that to happen.

The White House has proposed a $1.8 trillion stimulus to help Americans struggling with the economic ravages of the coronavirus pandemic. Pelosi says that offer fell short in a range of areas, including tax credits for poor people, aid to state and local governments, worker protections and rent help. She has stuck to her demand for a $2.2 trillion aid and stimulus package.

Congress earlier this year passed $3 trillion in coronavirus relief, and many of the Republicans who control the Senate are loath to pass another giant relief bill. Senate Majority Leader Mitch McConnell said on Monday the Senate would vote on Wednesday on a $500 billion proposal to target specific areas of need.

McConnell said the Senate would also have a separate vote on Tuesday on a new round of funding for the Paycheck Protection Program, a popular program that was launched earlier in the pandemic with bipartisan support to provide loans to small businesses.

McConnell, in remarks to the Senate, excoriated Pelosi for what he said had been her “all or nothing” position on approving more coronavirus aid. “The speaker’s Marie Antoinette act needs to end,” McConnell said.