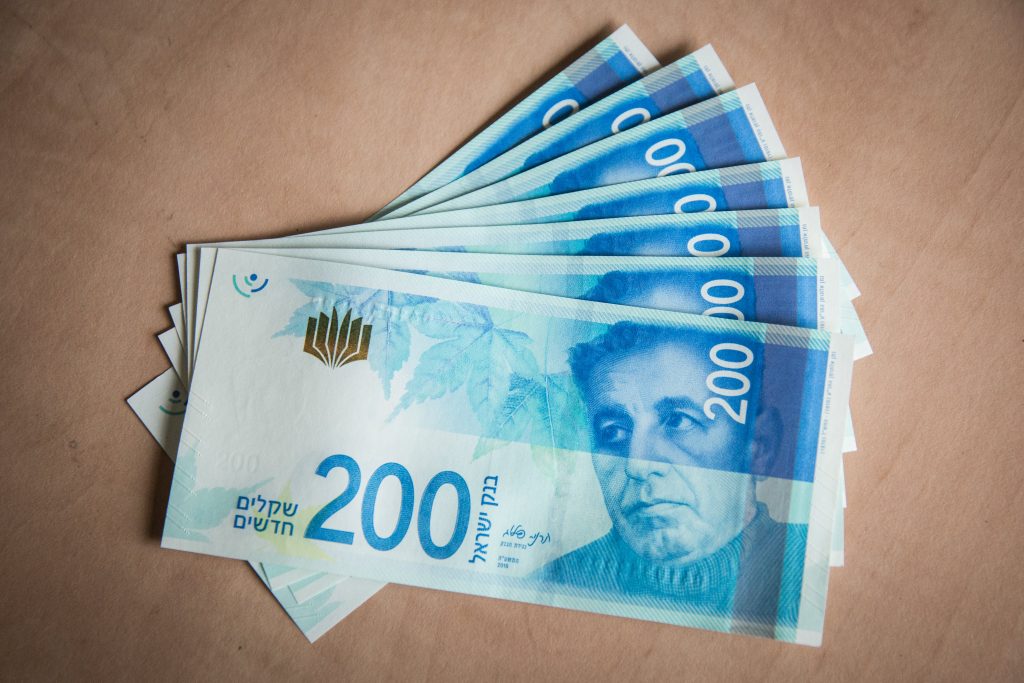 While Israel’s economy has been reeling from the lockdown, the shekel has emerged stronger than ever.

The Bank of Israel on Monday pegged the shekel at 78.1 points against the currency basket, breaking previous records, Globes reported.

While currency speculators may profit, exporters will be hurt by it, as products, particularly high-tech, will be saddled with higher prices abroad.

Prico Risk Management and Investments CEO Yossi Fraiman told Globes: “The exchange rate is threatening growth of the Israeli economy. The currency’s value is encouraging high-tech to look abroad. The Bank of Israel recently changed the currency basket and distinguished between export currencies and import currencies and changed the weight (in the basket) of each one of them. For example, the U.S. dollar was 24% and has risen to 38%, so that the weight of the dollar, which has been falling against the shekel, has pushed the currency basket further down and the low rates of exchange are damaging export trading and mainly high-tech companies.”

Meitav Dash analysts said in their weekly review, “The shekel has reclaimed its status over the past month one of the world’s strongest currencies, even though in recent months institutional investors have sharply increased their exposure to foreign assets. The shock that the institutions went through in March, when they were forced to quickly raise securities against their shares contracts abroad, have not deterred them from increasing exposure through contracts after the crisis.”

“This exposure grew between January and August by 18% (nearly $6 billion) with direct exposure rising 16% (about $20 billion). After the exposure of institutions to foreign currency as a hedge fell in the year prior to the crisis, it again reached a record level of 20% in recent months, despite the cheaper costs of hedging.”