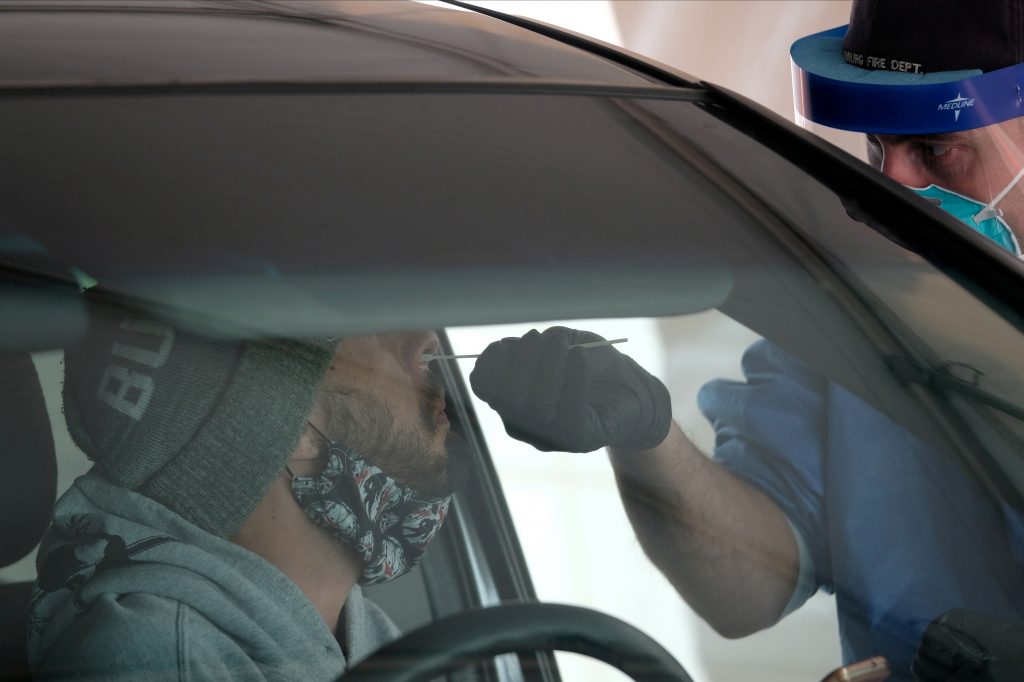 The dangerous relationship emerging between diabetes and COVID-19 that’s being urgently studied by doctors and scientists around the world. Many experts are convinced that COVID-19 can trigger the onset of diabetes – even in some adults and children who do not have the traditional risk factors.

It’s already been well-documented that people with diabetes face much higher risks of severe illness or death if they contract COVID-19. In July, U.S. health officials found that nearly 40% of people who have died with COVID-19 had diabetes.

“COVID could be causing diabetes from scratch,” said Dr. Francesco Rubino, a diabetes researcher and chair of metabolic and bariatric surgery at King’s College London. Rubino is leading an international team that is collecting patient cases globally to unravel one of the biggest mysteries of the pandemic. Initially, he said, more than 300 doctors have applied to share cases for review, a number he expects to grow as infections flare up again.

“These cases are coming from every corner of the world and every continent,” Rubino told Reuters.

In these situations, symptoms can escalate quickly and become life threatening. These cases may take months to surface after exposure to COVID-19, so the full extent of the problem and the long-term ramifications may not be known until well into next year. More intensive research is needed to definitively prove, beyond the mounting anecdotal evidence, that COVID-19 is triggering diabetes on a wide scale.

“We have more questions than answers right now,” said Dr. Robert Eckel, president of medicine and science at the American Diabetes Association. “We could be dealing with an entirely new form of diabetes.”

Type 1 diabetes cases have previously been associated with other viral infections, including influenza and previous coronaviruses. It is known that infections can stress the body and increase blood sugar levels. But this tends to happen in people predisposed to the disease. Only some of them eventually develop diabetes, and scientists still don’t fully understand why.

This year, doctors also are seeing some people without the risk factors for type 2 diabetes – such as being older or overweight – experience a diabetic emergency after exposure to COVID-19.

The initial reports of COVID-related diabetes include children.

In a study published in August, researchers at Imperial College in London and several hospitals there found that cases of type 1 diabetes among children nearly doubled to 30 during late March to early June – as the pandemic raged – compared to the same period in previous years. Five of the children tested positive for a prior coronavirus infection, but the study’s authors said many of the children were not tested.

In the United States, Children’s Hospital Los Angeles said the percentage of newly diagnosed type 2 patients who arrived in diabetic ketoacidosis, a potentially fatal buildup of acid in the blood, has nearly doubled for March through August compared to the same period in 2018 and 2019.

Brandi Edwards, a registered nurse and diabetes educator at Alabama’s Huntsville Hospital, said calls about pediatric cases began to surge in May. Doctors summon her when a child arrives in the emergency room or ICU so she can counsel the family on insulin injections, glucose readings and how daily life will change going forward.

“We’ve seen more type 1 cases this year than I ever remember,” Edwards said. “There were three kids in the pediatric ICU at the same time. That is so rare.”