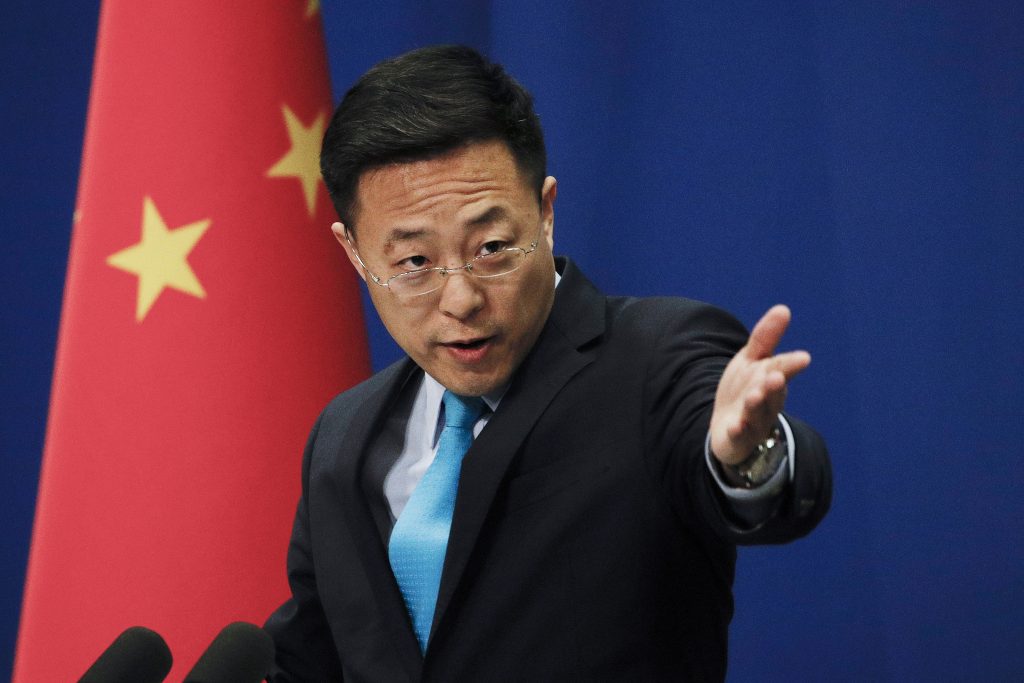 China denied on Monday that foreign nationals are under threat of arbitrary detention, following a newspaper report that Beijing had warned Washington it might arrest Americans in China.

The Chinese Foreign Ministry said it was Washington that was mistreating foreign citizens, accusing the United States of “outright political repression” of Chinese academics.

“The U.S. claim that foreign nationals in China are under threat of arbitrary detention is playing the victim and confusing black and white,” Foreign Ministry spokesman Zhao Lijian told a regular news briefing. China protects the safety and legitimate rights of foreigners, he said.

The Wall Street Journal reported on Saturday that Chinese officials had issued repeated warnings to U.S. government officials that China may detain Americans in response to the Justice Department’s prosecution of Chinese scholars affiliated to the military.

In September, a State Department advisory warned against travel to China, saying the Chinese government uses arbitrary detention and exit bans for U.S. citizens and others “to gain bargaining leverage over foreign governments.”

The Trump administration has increasingly accused China of using cyber operations and espionage to steal U.S. technological, military and other know-how. Beijing denies this.

Beijing has denied the indictment was related to Meng’s case and has repeatedly called for the release of Meng. China hopes Canada can think more about the future of the two countries’ relationship and settle Meng’s case at an early date, said Zhao.