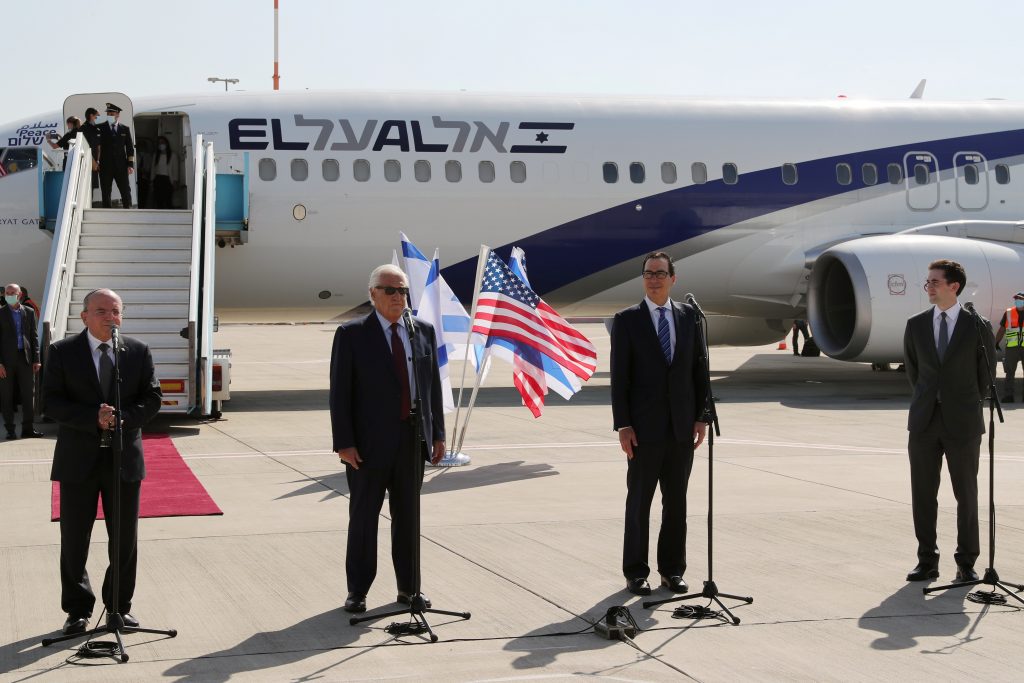 President Donald Trump’s Middle East envoy said on Sunday the U.S. President’s push for an Israeli-Arab rapprochement was gaining momentum and he hoped more accords would follow even if Trump loses next month’s election.

Avi Berkowitz, who accompanied an Israeli delegation which visited Bahrain on Sunday, said the so-called “Abraham Accords” had bipartisan support in the United States and were designed to bear long-term fruit by encouraging grassroots engagement between Israel and its new Arab partners.

“Peace is something everybody should celebrate and see as a positive thing for the world,” Berkowitz said in an interview. “It’s our sincere hope that, no matter who wins the election, the Abraham Accords will continue to grow.”

Bahrain followed the United Arab Emirates in agreeing last month to normalize ties with Israel, angering Palestinians who had conditioned any such regional rapprochement on statehood, with East Jerusalem as capital of their independent state.

The U.S. administration has been racing against the clock to secure normalization deals for Israel, in an effort to help Trump secure re-election in November.

For U.S. allies in the Middle East, it is a chance to close ranks on Iran more overtly.

The flight carrying the Israeli delegation flew over Saudi Arabia, an accommodation by the Gulf’s powerhouse, which has so far resisted U.S. appeals to normalize ties with Israel.

“That is a decision for them to ultimately come to, our conversations with them have been positive on numerous fronts,” Berkowitz said when asked about any Saudi plans to follow suit.

“We look to them for an understanding in the region of the temperature of how things are going on numerous fronts, we’ve had very good discussions with them but time will tell,” he added.

Berkowitz, U.S. Treasury Secretary Steve Mnuchin and other officials will travel on Monday to the UAE, where the accord with Israel has opened up bilateral commerce.