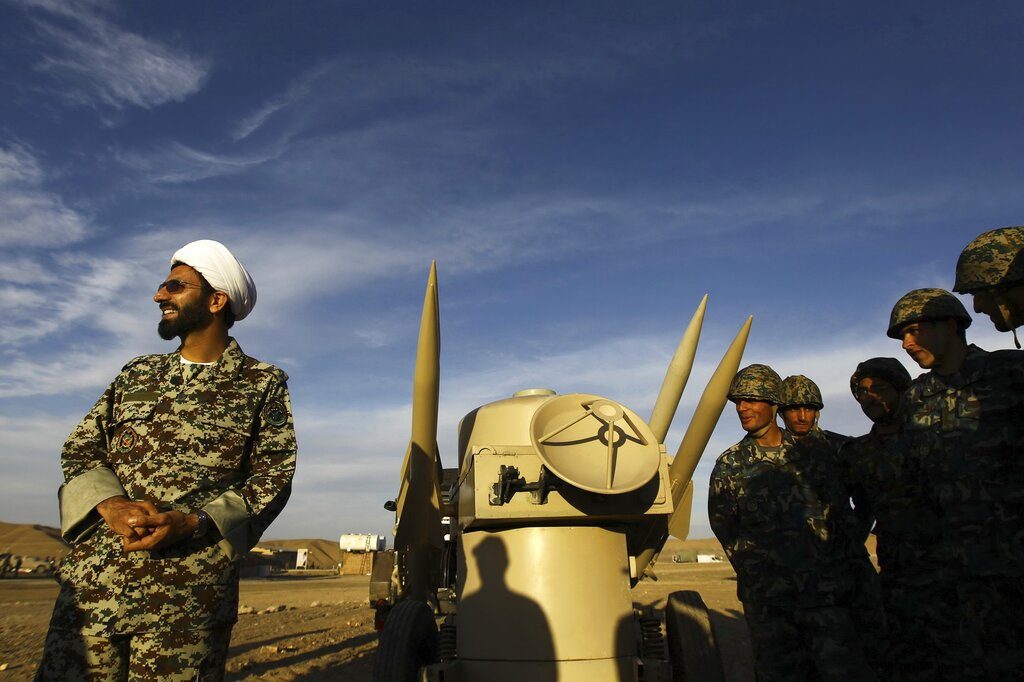 A decade-long U.N. arms embargo on Iran that barred it from purchasing foreign weapons like tanks and fighter jets expired Sunday as planned under its nuclear deal with world powers, despite objections from the United States, which insists the ban remains in place.

While Iran says it plans no “buying spree,” it can now in theory purchase weapons to upgrade military armaments dating back to before its 1979 Islamic Revolution and sell its own locally produced gear abroad.

In practice, however, Iran’s economy remains crippled by broad-reaching U.S. sanctions, and other nations may avoid arms deals with Tehran for fear of American financial retaliation. The Trump administration has warned that any sales of weapons to Iran or exports from Iran will be penalized.

The Islamic Republic heralded the end of the arms embargo as “a momentous day for the international community … in defiance of the U.S. regime’s effort.” The Trump administration, meanwhile, says the expiration is moot since it reimposed all U.N. sanctions on Iran, including the arms embargo, via a clause in the nuclear deal Trump withdrew from in 2018, a claim ignored by the rest of the world.

Sunday’s expiration of the arms embargo was, in fact, the proximate cause for the U.S. decision last month to move forward with the so-called “snapback” of international sanctions in Iran. The Americans tried unsuccessfully to get the U.N. Security Council to extend the embargo but suffered a humiliating defeat when only one country on the 15-member panel supported it.

In response, the administration announced that it had invoked “snapback” — a mechanism provided for in the Security Council resolution that enshrined the nuclear deal that allows any participant in the accord to restore U.N. sanctions if they determine Iran is not complying with its terms. The rest of the council, however, rejected U.S. standing to trigger snapback, saying it had lost its right to do so when Trump pulled our of the deal.

Iran long has been outmatched by U.S.-backed Gulf nations like Saudi Arabia and the United Arab Emirates, which have purchased billions of dollars of advanced American weaponry. In response, Tehran turned toward developing locally made ballistic missiles.

The U.N. arms embargoes, however, did not stop Iran from sending weapons ranging from assault rifles to ballistic missiles to Yemen’s Houthi rebels. While Tehran denies arming the Houthis, Western governments and weapons experts repeatedly have linked Iranian arms to the rebels.

Six Gulf Arab nations that backed the extension of the arms embargoes noted arms shipments to Yemen in their objection to the resumption of any weapon sales to Iran. They also mentioned in a letter to the U.N. Security Council that Iran mistakenly shot down a Ukrainian passenger plane in January and its navy accidentally killed 19 of its own sailors in a missile strike during an exercise. The U.N. also linked Iran to a 2019 attack on Saudi Arabia’s main crude oil refinery, though Tehran denies any links and Yemen’s rebel Houthis claimed responsibility.