Israel Restrictions Off, Protests Back On
Israel 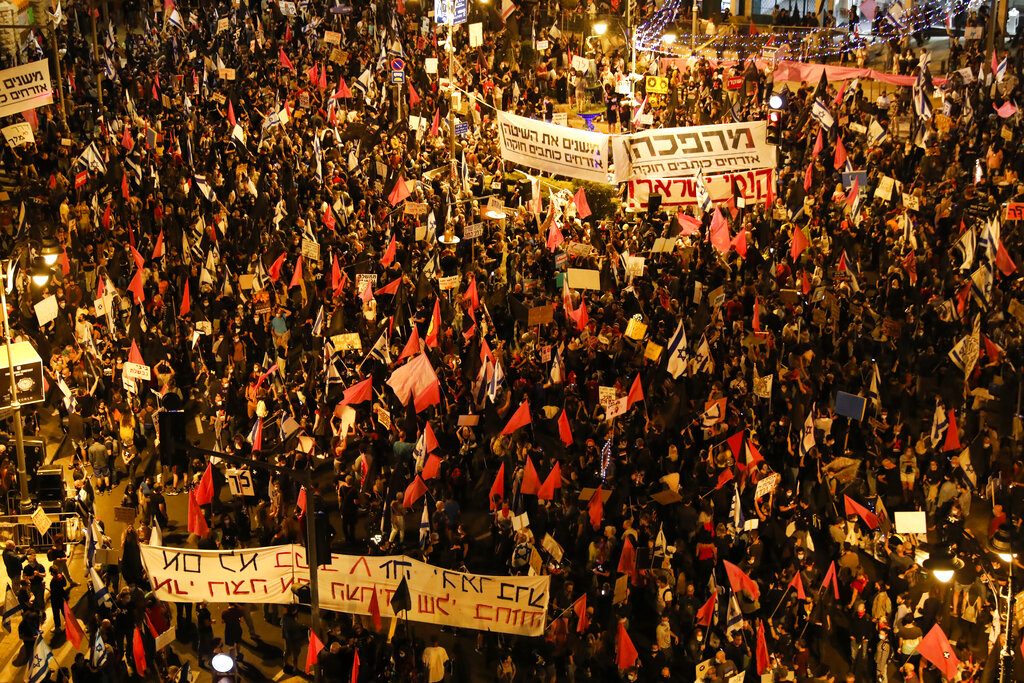 Thousands of Israelis demonstrated outside the official residence of Prime Minister Binyamin Netanyahu on Motzei Shabbos, resuming the weekly protest against the Israeli leader after emergency restrictions imposed as part of a coronavirus lockdown were lifted.

The protests were curtailed last month after Israel imposed new lockdown measures in response to a fresh virus outbreak. The emergency regulations blocked Israelis from traveling to Yerushalayim to protest and allowed people only to attend smaller demonstrations within one kilometer (three-fifths of a mile) of their home.

The protesters gathered in central Yerushalayim and marched to Netanyahu’s official residence, holding banners calling on him to go and shouting “Revolution!” Many blew horns and pounded on drums, while others hoisted Israeli flags. Scores of smaller demonstrations were held across the country, and organizers claimed some 260,000 people participated nationwide. The organization Kumi Yisrael (Arise Israel) estimated the number of demonstrators in the capital at 20,000.

The protesters say Netanyahu must resign, calling him unfit to lead the country while he is on trial for corruption charges. They also say he has mishandled the virus crisis, which has sent unemployment soaring.

Netanyahu is on trial for allegations of fraud, breach of trust and accepting bribes, which have filled headlines for many months. He has denied the charges and said he is the victim of a conspiracy by overzealous police and prosecutors and a liberal media.