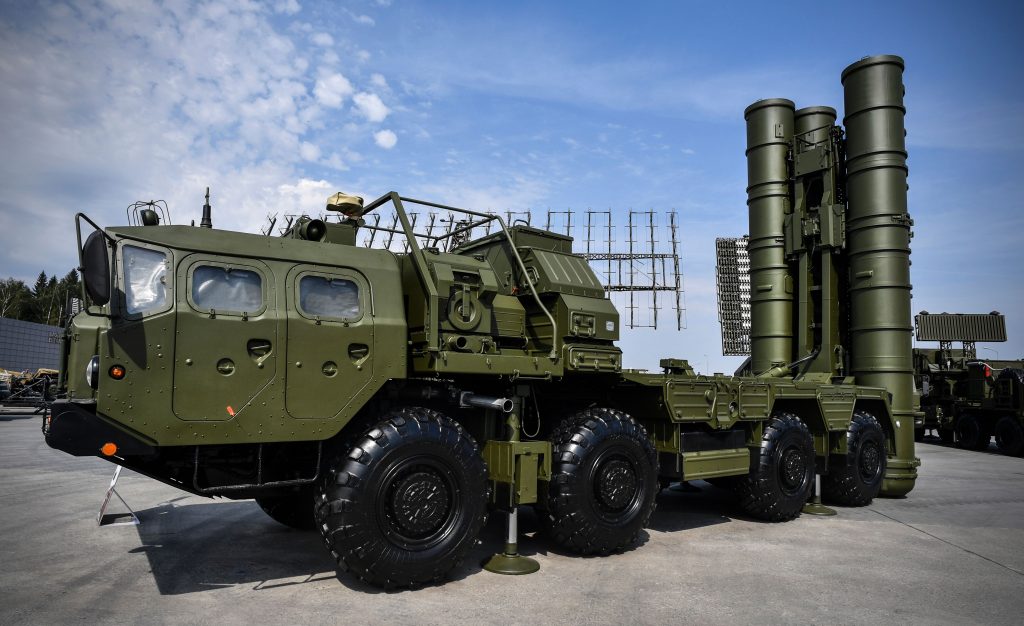 A Haber news channel, which is close to the government, said on its website that Turkey’s military test-fired the Russian S-400 air defense system in the Black Sea province of Sinop. It based its reports on an amateur video, reportedly filmed in Sinop, showing a contrail shooting into the sky. Other media carried similar reports.

Turkish military and defense officials have refused to comment on the reports.

The U.S. Department of Defense said that if the reports are accurate it “strongly condemns” the test.

“We have been clear: an operational S-400 system is not consistent with Turkey’s commitments as a U.S. and NATO ally,” chief Pentagon spokesman Jonathan Rath Hoffman said. “We object to Turkey’s purchase of the system, and are deeply concerned with reports that Turkey is bringing it into operation.”

He said the system “should not be activated.”

“Doing so risks serious consequences for our security relationship,” the spokesman said, adding that Turkey has already been suspended from the hi-tech F-35 fighter jet program, “and the S-400 continues to be a barrier to progress elsewhere in the bilateral relationship.”

A U.S. official said Friday that the U.S. believes Turkey fired off three missiles in the test — all successful launches. The official spoke on condition of anonymity to discuss information not yet made public.

Washington has warned Ankara that it risks U.S. sanctions under the Countering America’s Adversaries Through Sanctions Act if the S-400 system is activated.

Ankara insists it was forced to purchase the Russian system after Washington refused to sell it the U.S. Patriot system. It also argues that it’s Turkey’s sovereign right to buy the system it wants.

Russia delivered the defense system last year. Turkey had initially said the S-400 would be operational in April but delayed activating it.

During a visit to Turkey earlier this month, NATO Secretary General Jens Stoltenberg reiterated that the Russian-made system, which has reportedly cost Turkey $2.5 billion, cannot be integrated into the NATO air and missile defense system.

Turkey was widely expected to test the system this week, after issuing notices warning vessels and aircraft to avoid the area in the Black Sea.

U.S. President Donald Trump is under pressure by legislators to sanction Turkey over the S-400 deal.

In 2018, Washington slapped sanctions on Turkey over the detention of an American pastor, sparking a severe currency crisis in the country. The sanctions were lifted following the pastor’s release.