World Protesters in Thailand Carry on Despite Police Warning
World 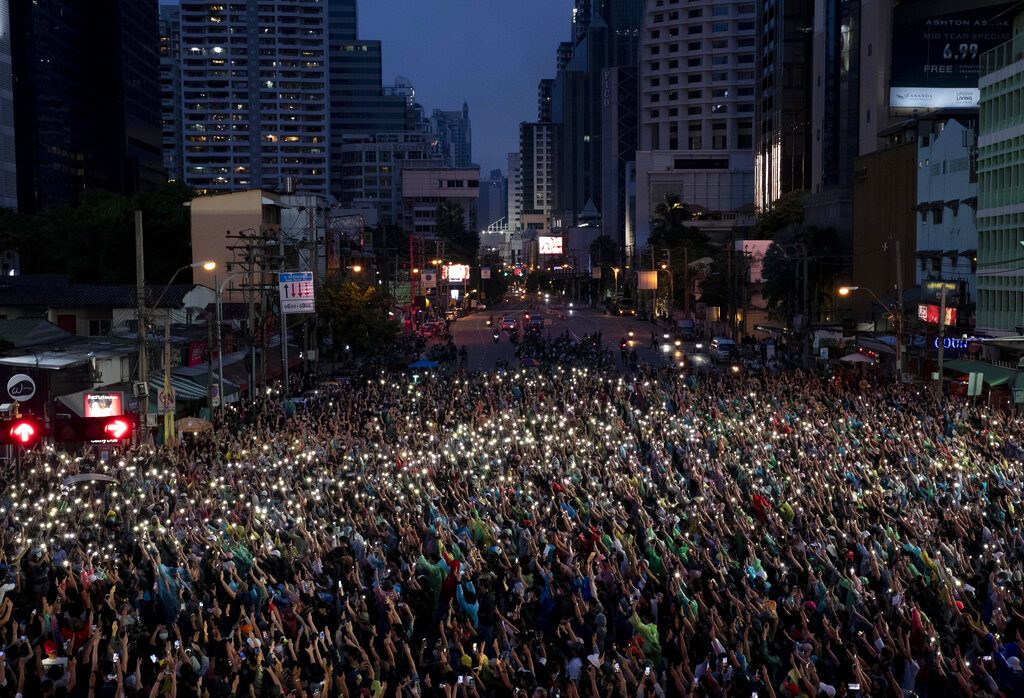 Thousands of mainly young Thais were back on the streets of Bangkok on Sunday for a fifth straight day of protests demanding sweeping political change, with demonstrations also taking place at several other locations around the country.

The demonstrators, who are protesting despite a state of emergency banning them from doing so, received a new warning from police that they are violating the law. On Saturday, however, few people had been arrested as peaceful rallies were held at several points around Bangkok, the capital, with several thousand taking part.

The protest movement — which is calling for the prime minister’s resignation, a more democratic constitution and a reformed monarchy — began in March at universities around the country. After a lull due to the coronavirus crisis, it was revived in late July, building up strength, particularly in Bangkok.

On Sunday, rallies were called in at least a dozen provinces, including Chiang Mai, a popular tourist destination in northern Thailand. Social media spread the word, though the government said it would seek legal action against accounts posting details of planned protests.

The rallies in Bangkok again drew large crowds, perhaps as many as 10,000 in all, despite the official warnings and intermittent rain. Organizers declared the protests officially over at 8 p.m., though many people lingered.

The authorities earlier tried in vain to keep people from gathering by selectively shutting down stations on Bangkok’s elevated and underground mass transit lines. On Saturday, after protest organizers had urged followers to meet at the city’s Skytrain stations, the authorities ordered all stations to be closed, to little avail.

The current cycle of confrontations began before dawn Thursday, when police broke up an overnight rally outside Government House, which hosts the offices of Prime Minister Prayuth. It led him to declare a 30-day state of emergency for Bangkok, banning gatherings of more than five people and allowing the government extra powers to keep the peace.

A Friday night rally at a nearby intersection was crushed by a large force of riot police backed by truck-mounted water cannons. The use of force was condemned by rights organizations.
Police made no efforts to break up Saturday’s gatherings, which ended peacefully.

“The situation is very dynamic at the moment,” police deputy spokesperson Kissana Phatanacharoen said at a Sunday morning news conference. “There is no formula as to what we do or what we don’t do.”

He said that if people failed to obey the law, police would be compelled to enforce it.

The protesters charge that Prayuth, who as army commander led a 2014 coup that toppled an elected government, was returned to power unfairly in last year’s general election because laws had been changed to favor a pro-military party. The protesters say a constitution promulgated under military rule and passed in a referendum in which campaigning against it was illegal is undemocratic.