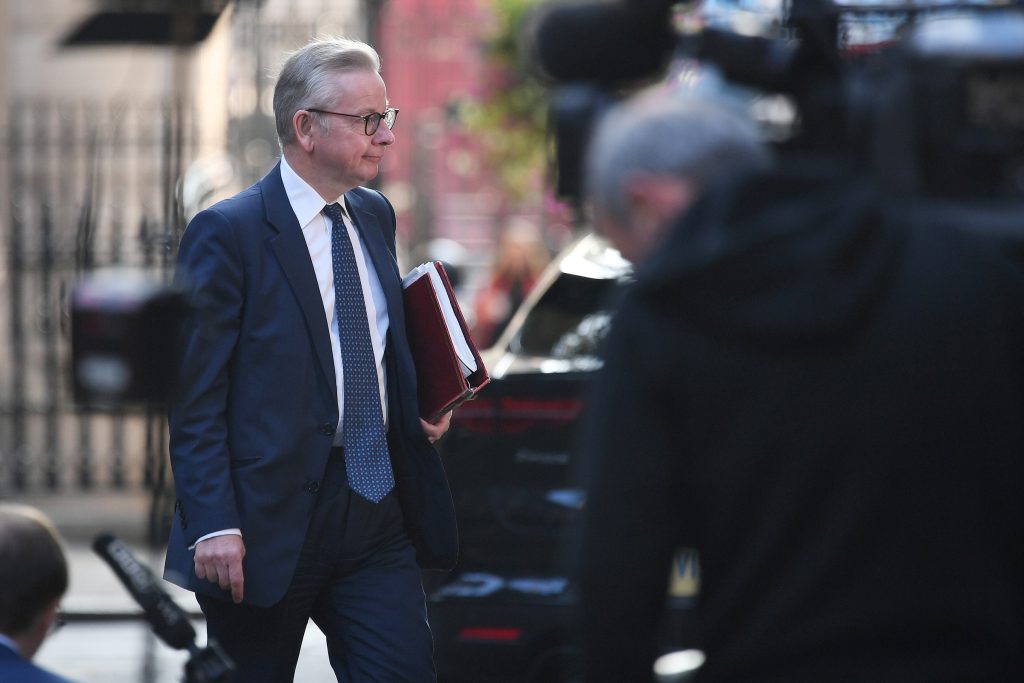 Michael Gove, the minister handling Brexit divorce issues for Britain, said on Sunday that the U.K. is “increasingly well prepared” for a no-deal Brexit even as businesses urged Britain and the European Union to find a compromise over trade terms.

A tumultuous “no deal” finale to the United Kingdom’s five-year Brexit crisis would sow chaos through the delicate supply chains that stretch across Britain, the EU and beyond – just as the economic hit from the coronavirus pandemic worsens.

“It is not my preferred destination,” Gove said in an opinion piece in the Sunday Times newspaper.  “But if the choice is between arrangements that tie our hands indefinitely, or where we can shape our own future, then that’s no choice at all. And leaving on Australian terms is an outcome for which we are increasingly well prepared.”

Prime Minister Boris Johnson said on Friday that Britain should get ready for a deal with the European Union similar to the one Australia has, “based on simple principles of global free trade.”

A so-called “Australia deal” means that the United Kingdom would trade on World Trade Organization terms: as a country without an EU trade agreement, like Australia, tariffs would be imposed under WTO rules, likely causing significant price rises.

Johnson’s critics say that an Australian-style deal is simply code for no deal at all with Britain’s largest export market. Australia’s trade with the EU is dwarfed by Britain’s. More than 70 British business groups representing over 7 million workers made a last-ditch attempt on Sunday to persuade politicians to get back to the negotiating table next week and strike a Brexit deal.

The groups ranged from the Confederation of British Industry, TheCityUK and techUK to the National Farmers’ Union, British Retail Consortium and the Society of Motor Manufacturers and Traders.

Gove has previously said that while the British government wanted an agreement with Brussels, it was not going be “held hostage.”

“It will require a fundamental change in attitude, policy and politics from the EU to get things back on track,” Gove wrote in the Sunday Times. “As things stand, that will not happen, and the EU’s decisions at last week’s summit have, in effect, ended those trade talks,” he added.

At what was supposed to be the “Brexit summit” on Thursday, the EU delivered an ultimatum: it said it was concerned by a lack of progress and called on London to yield on key sticking points or see a rupture of ties with the bloc from Jan. 1 after the end of the Brexit transition period.

“With compromise and tenacity, a deal can be done. Businesses call on leaders on both sides to find a route through,” business groups said in their joint statement on Sunday.