World Armenia and Azerbaijan Truce Breaks Down Within Hours
World 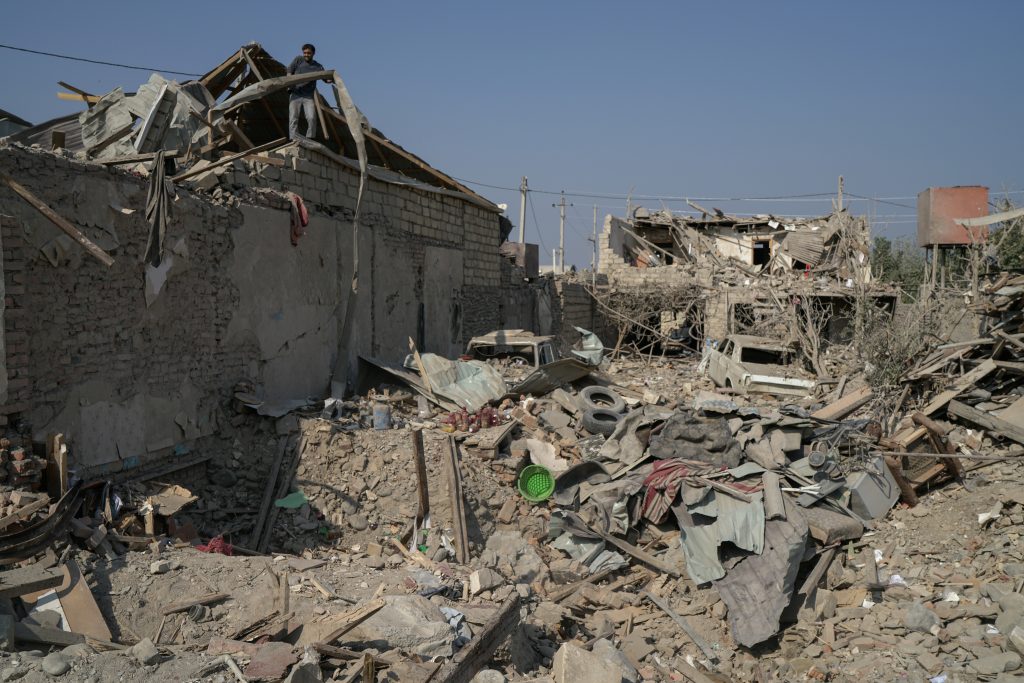 Armenia and Azerbaijan accused each other on Sunday of violating a new humanitarian ceasefire in fighting over the mountain enclave of Nagorno-Karabakh, hours after it was agreed.

The truce agreed on Saturday came into force at midnight (local time) after a week-old Russian-brokered ceasefire failed to halt the worst fighting in the South Caucasus since the 1990s. At least 750 people have been killed since fighting began on Sept. 27.

At 10:10 a.m., the Azeri Defense Ministry said the Aghdam region, adjacent to Nagorno-Karabakh, was under Armenian shelling. It said overnight Armenian military units opened fire from large-caliber weapons along the border, which Armenia denied.

Armenia said the Azeri army had fired twice during the night and used artillery and accused Baku of rejecting its request to withdraw the wounded soldiers from the battlefield.

“This step … was categorically rejected by Baku,” the Foreign Ministry said in a statement. Baku called the statement misinformation.

The Azeri Defense Ministry said: “The enemy fired at the vicinity of the Jabrail city, as well as the villages of this region … using mortars and artillery.” It added that the Azeri army “took adequate retaliatory measures.”

The ministry said that Azeri military units downed an Armenian Su-25 warplane, “which was attempting to inflict airstrikes on the positions of the Azeri army in the Jabrail region.” Yerevan swiftly denied that.

Officials in Nagorno-Karabakh said Azeri forces had launched an attack on the enclave’s military positions and there were casualties and wounded on both sides.

Nagorno-Karabakh is a mountain territory that is internationally recognized as part of Azerbaijan but populated and governed by ethnic Armenians.

The ceasefire earlier this month was aimed at letting the sides swap detainees and bodies of those killed in the clashes, but it had little impact on the fighting around the enclave.

The new truce was announced on Saturday after Russian Foreign Minister Sergei Lavrov talked to his Armenian and Azeri counterparts by phone and called on sides to observe the truce that he mediated a week ago.

Russia, France and the United States belong to the Minsk Group, which has attempted to help resolve the conflict under the umbrella of the Organization for Security and Cooperation in Europe (OSCE).

Baku said on Saturday that 60 Azeri civilians had been killed and 270 wounded since the fighting flared on Sept. 27. It has not disclosed its military casualties.

Nagorno-Karabakh says 673 of its military personnel have been killed, and 36 civilians.