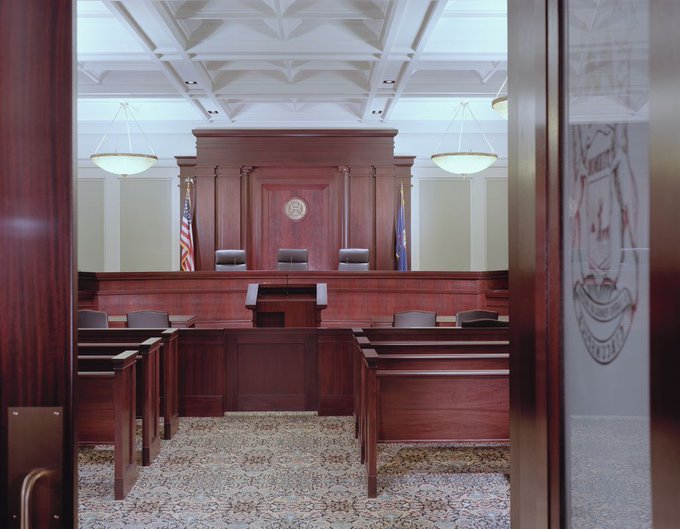 A state appeals court in Michigan moved up the deadline for voters to return mail-in ballots, reimposing a cutoff favored by Republicans during a continuing surge in early and mail-in voting around the country.

With a little over two weeks until the election, a panel from the Michigan Court of Appeals on Friday reversed a lower court’s ruling that said ballots could be counted if they were postmarked before Election Day and received within 14 days. The extension would have made Michigan’s deadline one of the most generous in the country. Voters in the state now must return their mail-in ballots by 8 p.m. on Nov. 3.

The decision arrived amid further signs of record turnout in mail-in and early voting this year, continuing a trajectory that could lead to a majority of votes being cast before Election Day for the first time in U.S. history.

More than 26 million people have voted so far, up from roughly 15 million earlier in the week, according to the U.S. Elections Project, a research hub run by University of Florida professor Michael McDonald. On Saturday, early voting locations opened in two more states – Nevada and Massachusetts – while spreading further across New Mexico. In the coming week, voters in about a dozen more states will be able to cast their ballots early.

In Walpole, Mass., south of Boston, town clerk Elizabeth Gaffey said the line of voters that formed Saturday morning outside the town hall was unusual for the first day of early voting.

“This is the first time early in the morning they were champing at the bit,” Gaffey said of voters.

Hundreds of voters swarmed to Fenway Park, one of the city’s 21 early voting sites, where the wait grew to more than an hour as the line snaked three quarters around the historic ballpark.

“Voting is legitimately one of my favorite things to do because I like the feeling of exercising my rights that other people fought for,” Lindsay Ford, 36, a digital marketing specialist said after voting.

Even as voters rush to cast their ballots, the rules that govern mail-in voting in a number of states are still being fought over in court.

On Friday, the appellate panel in Michigan ruled that the pandemic and delays in delivery by the U.S. Postal Service do not significantly threaten the right to vote by mail. In a decision cheered by Republicans, the judges also reinstated restrictions on third-party ballot collection in the days immediately preceding the election.

“We conclude that [the] restrictions are reasonable and nondiscriminatory and that the restrictions are warranted to further an important regulatory interest: protecting against voter fraud,” stated the ruling by the three judges, who were originally appointed by former Michigan governor Rick Snyder, a Republican, before being reelected.

Richard Fiesta, executive director of the Alliance for Retired Americans, which had sought the changes, said his group is prepared to appeal.

The turmoil over mail-in voting has been cited repeatedly by voters around the country who are choosing to vote early in person.

At the West Flamingo Senior Center in Las Vegas, Frank Jimenez said he trusts the mail for the most part, but this election was just too important to take chances.

“My mail gets lost and this is the most important election of my lifetime, so I had to come out here, even though it wasn’t easy,” said the 71-year-old.

Another voter, Sandy Bailey, said that people were out to get Trump. Even though Nevada was one of several states to offer all voters the opportunity to vote by mail, she was having none of it.

“I’m skeptical of this whole election,” she said, standing in line with four members of her extended family, adding: “The potential for fraud is just too high. I want to see my vote go right into that machine, so I know it’s counted.”

“If [Trump] loses, the election was obviously rigged,” Bailey added. “But he’s not going to lose.”

Voters in the Boston area expressed feelings ranging from distrust to ambivalence about mail-in voting this year, even though many said they had used mail ballots in previous elections.

“It’s not that I don’t trust the mail-in process, but I want to be there in person to put the ballot in to make sure it gets counted,” Shawn Theriault, 52, said before voting at city hall in Chelsea, Mass.

Jim Shea, 46, a safety manager at a local company, said he didn’t trust the mail-in system and wanted to make sure his ballot for Trump was counted right in front of him.

“It’s a fraudulent system,” he said of mail voting, echoing Trump’s unsubstantiated claims. “Too many ballots end up in the wrong place or in the trash.”

According to the Massachusetts Secretary of the Commonwealth’s office, 1.75 million people had requested absentee ballots as of Friday, 96 percent of which had been mailed out.

City and town clerks said they have also been registering voters at a higher clip than normal and are bracing for high turnout. Nancy Talbot, the town clerk in Ware, a town of about 9,800 on the Quabbin Reservoir in central Massachusetts, said she had more than 300 new voter registrations just in the last few weeks.

“I’m processing an inordinate amount of registrations,” she said. “It’s something that’s unique.”