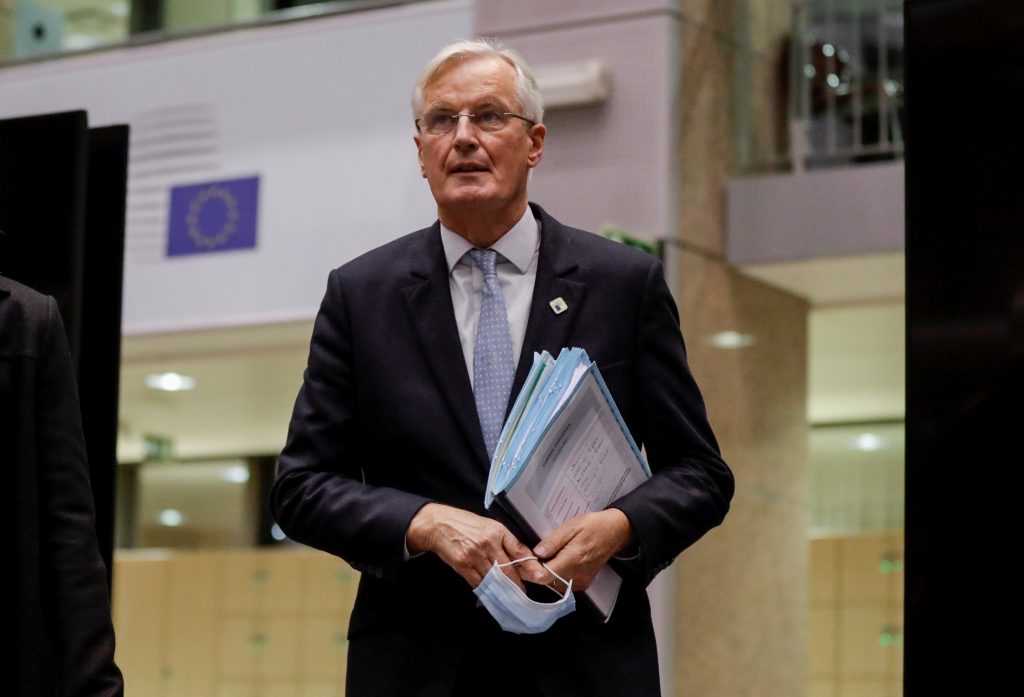 Prime Minister Boris Johnson will on Friday give Britain’s response to the European Union’s demand that he either make more concessions to secure a trade deal or brace for a disorderly Brexit at the end of the year.

A tumultuous “no deal” finale to the United Kingdom’s five-year Brexit crisis would sow chaos through the delicate supply chains that stretch across Britain, the EU and beyond – just as the economic hit from the coronavirus pandemic worsens.

At what was supposed to be the “Brexit summit” on Thursday, the EU delivered an ultimatum: it said it was concerned by a lack of progress and called on London to yield on key sticking points or see a rupture of ties with the bloc from Jan. 1.

Britain’s chief negotiator, David Frost, said he was surprised that the EU was no longer committed to working “intensively” for a deal. Johnson, he said, would set out his response.

“We are disappointed and surprised,” British Foreign Secretary Dominic Raab said, adding that the two sticking points were fishing and the so-called level playing field – rules aimed at stopping a country gaining a competitive advantage.

“Having said that, we are close,” Raab said of a deal. “A deal should be able to be done but it must require goodwill on both sides.”

Britain formally left the EU on Jan. 31, but the two sides are haggling over a deal that would govern trade in everything from car parts and salmon, to Camembert and medicines when informal membership known as the transition period, with Britain still in the EU single market and customs union, ends Dec. 31.

As he grapples with an accelerating second wave of the novel coronavirus outbreak, Johnson will ultimately have to make the final call on whether to accept a narrow trade deal or go for a more tumultuous no-deal that he would seek to blame on the EU.

After Johnson’s bid to undercut the 2020 Brexit divorce treaty, there are fears that London is employing what one European diplomat said was Madman Theory – a reference to former U.S. President Richard Nixon’s attempt to convince Moscow that he was irrational during the Cold War in the 1970s.

Johnson has repeatedly said that his preference is for a deal but that Britain could make a success of a no-deal scenario, which would throw $900 billion in annual bilateral trade into uncertainty and could snarl the border, turning the southeastern county of Kent into a vast truck park.

The EU’s 27 members, whose combined $18.4 trillion economy dwarfs the United Kingdom’s $3 trillion economy, say a deal is still possible but that Johnson must give ground.

German Chancellor Angela Merkel, Europe’s most powerful leader, said compromise would be needed for a deal. “In some areas, things have progressed well. In others, much work remains to be done. We have asked the United Kingdom to remain open to compromise, so that an agreement can be reached,” Merkel said.

“This of course means that we, too, will need to make compromises. Each side has its red lines,” she said, adding that top EU aims were to safeguard peace in Ireland and protect the bloc’s single market.

On fishing, the EU’s chief negotiator, Michel Barnier, said the bloc was seeking sustainable access to U.K. waters, as well as a fair share of fish catch quotas, just as Britain wanted continued access to the bloc’s energy market.

On competition, Barnier said the EU needed to know if any British divergence from EU standards would be “reasonable,” who would control that decision within the U.K., and would London inform Europe in advance to let it prepare.

Goldman Sachs said there could be Brexit drama ahead but that a bare-bones Brexit trade deal was likely to struck by early November.