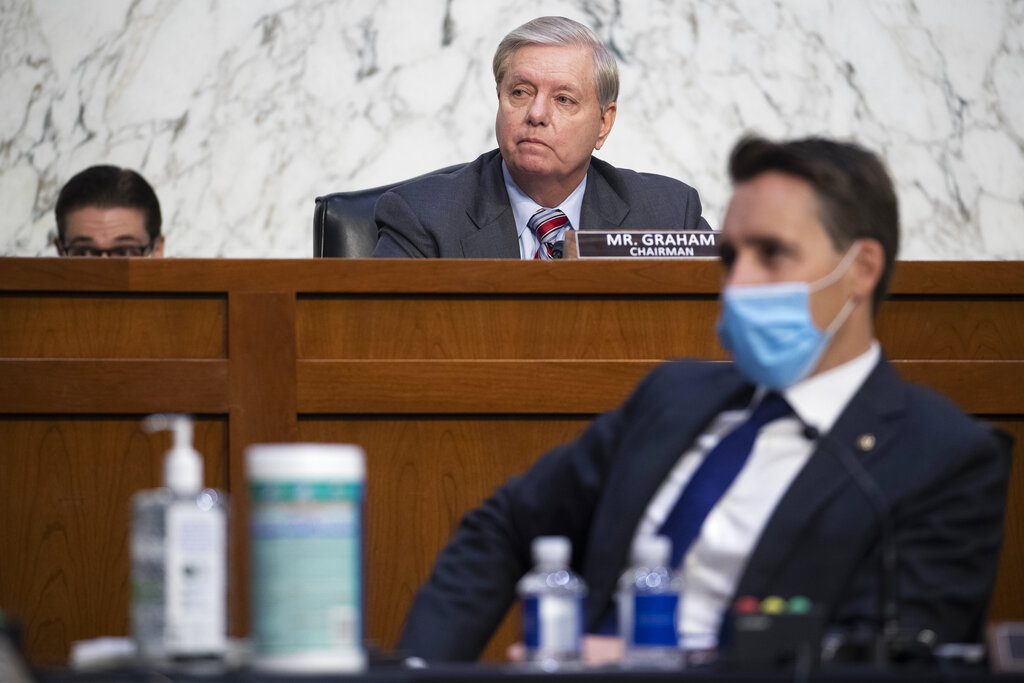 The committee set an Oct. 22 vote to recommend Barrett’s nomination and send it to the full Senate for a vote by month’s end.

Her confirmation to take the seat of the late Justice Ruth Bader Ginsburg seems inevitable, as even some Senate Democrats acknowledged.

Graham pushed past Democratic objections and procedural moves to set the panel’s Oct. 22 vote on recommending her confirmation even before final witnesses testify before and against her nomination.

Republicans insisted they were well within norms with Trump as president. But no court nominee has ever been confirmed so close to a presidential election. Democratic called it a “power grab” and violation of Senate traditions.

Facing almost 20 hours of questions from senators, the 48-year-old judge was careful not to take on the president who nominated her and sought to separate herself from writings on controversial subjects when she was an academic. She skipped past Democrats’ pressing questions about ensuring the date of next month’s election or preventing voter intimidation, both set in federal law, and the peaceful transfer of presidential power.

When it came to major issues that are likely to come before the court, including health care, Barrett repeatedly promised to keep an open mind.

Along with trying to undo the health care law, Trump has publicly stated he wants a justice seated for any disputes arising from the election, and particularly the surge of mail-in ballots expected during the pandemic as voters prefer to vote by mail.

Barrett testified she has not spoken to Trump or his team about election cases, and declined to commit to recusing herself from any post-election cases.